It’s a trip down memory lane! Disney+ has announced a documentary series: The Beatles Get Back, featuring the story of one of the most iconic musical bands in the history of Pop Culture. Academy award-winning director Peter Jackson is directing the Three episodes mini docuseries.

The Beatles: Get Back premiered its first official trailer on October 13. It will follow The Beatles, as they work to create 14 new songs for their first live show in over two years. Sadly, it will also be the band’s final live performance.

The Beatles Get Back Release Date

The three episodes documentary series titled ‘The Beatles Get Back’ will release its episodes on Disney+ on November 25, 26, and 27th, respectively, just in time for the Thanksgiving season. And The Beatles fan can’t thank the creators of the series enough for giving them a reason to rejoice.

The Beatles’ rooftop concert on London’s Savile Row, as well as other songs and legendary compositions from the band’s final two albums, Abbey Road and Let It Be, are included in this docuseries for the first time.

Meanwhile, the series is a joint venture of The Beatle and Lord of the Rings director Peter Jackson. Walt Disney Pictures and Apple Corp produced the series. It will give an insight into the coming together of the musicians to form The Beatles. And how they became a global phenomenon.

Further, the series’ never-before-seen footage comes from a proposed 1969 TV special and documentary that never came out. Originally Michael Lindsay-Hogg, who previously directed The Rolling Stones Rock and Roll Circus, filmed around 60 hours of previously unseen video over 21 days.

The Beatles Get Back: Trailer

Disney plus released the trailer for three episode mini docuseries centering on The Beatles on October 13. And the four minutes long trailer took the internet by storm. The trailer starts with the famous audio track ‘Don’t Let Me Down.’ Then, we see the band members together in the clip. The trailer also reveals about that 57-hour footage used in the series, which was kept locked in vaults for around fifty years.

Will Focus On The Beatles’ Journey!

The Beatles were a British musical band from the 1960s. They are unarguably the most famous music band in history and have dominated pop culture like no other. In their time, The Beatles toured the United States and ruled the rock charts. They have almost 200 songs to their credit and are still regarded as the greatest rock band of all time.

Although, two of the group’s members have left the band. Sir Paul McCartney and Ringo Starr are the only remaining members, and both are constantly composing and touring. However, the upcoming docuseries will focus on the band’s unseen journey, 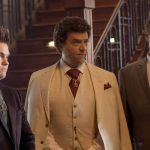 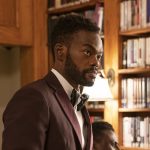