Apple launched the 13th generation of iPhone last month on September 14. The exciting Apple iPhone series has unveiled dynamic models, including the iPhone 13, 13 mini, 13 Pro & 13 Pro Max. The latest series has some recent upgrades in the camera, video recording, battery capacity, and increased power in the processor. There is no shred of doubt about the iPhone 13 series is currently the best in class smartphone worldwide. However, these smartphones are not for everyone to buy. Moreover, the latest iPhones have some exciting updates. But what’s missing is the inclusion of groundbreaking tech, which the iPhone 12 series does not already have. So, here we will discuss why not to buy an iPhone 13 right now.

The Apple iPhone 13 series has been launched successfully worldwide, and dedicated users love the latest smartphones. However, there have been confirmed reports about delays in deliveries of several models of the iPhone 13 series. Moreover, some reports also claimed that Apple is facing manufacturing issues due to local lockdowns and a shortage of semiconductors. Thus, with high demand and product shortage, it might not be the perfect time to invest a hefty amount of money in the Apple iPhone 13 series.

There have been several complaints about the iPhone 13 series having some software issues recently. Several reports have claimed that the iPhone 13 users are facing problems with Apple watch unlocking feature, camera glitches, and unresponsive touchscreens. Moreover, the ProMotion display feature of the Apple iPhone 13, which allows faster refresh rates up to 120 Hz, is causing some glitches with third-party apps. In response to the issues, Apple has claimed that the problems are related to the iOs 15 upgrades and will be fixed when the next update comes. Thus, it will be wise to wait before buying the iPhone 13 until the new update comes. Moreover, the 120Hz feature is only available in the pro models, which are slightly on the expensive side currently. However, the prices will go down to a reasonable range in a few months as the supply closes in on the demands.

Apple has made some key camera upgrades in the iPhone 13 series. In addition, critical upgrades in the hardware and the software have been made to improve the photography and videography experience. However, there are some key features the new iPhones are missing in comparison with Android. Features like a periscope camera and 10x optical zoom are missing from the upgraded iPhones. Apple geeks will have to wait for the 2022 upgrade to get hold of these features. Moreover, the Apple iPhone 13 Pro provides the best in class videography features. It records videos up to 4K at 60 frames per second. However, users will have to be patient about filming videos at 8K. The upgraded feature is expected to be included in the 2022 upgrade.

No Groundbreaking Features in Comparision with iPhone 12 series:

So, if you have no issues with the budgets and love to stay updated with the models of iPhones, go ahead and order your iPhone 13 now. However, if you plan to invest your money right and buy a smartphone for the long run, it will be a smarter choice to wait for the iPhone 14 series. 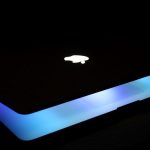 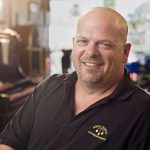