The Task Force will be tracking down a vigilante Blacklister in The Blacklist Season 9 Episode 4. Moreover, Cooper will have trouble remembering the memories of an important event in the past. And, Ressler will seek out help for his addiction in the next episode.

In the previous episode, the Task Force managed to take down a criminal cult, robbing illegal artifacts from churches around the world. Red met his mentor, who turned out to be the leader of the organization. So, what happens next in the upcoming episode of The Blacklist Season 9? Keep reading ahead to know all the necessary details.

The Blacklist Season 9 Episode 4 Preview: What Will Happen Next?

The synopsis for the next episode titled “Avenging Angel” is out. In the upcoming episode, the Task Force will be eager to find the location of a Blacklister who acts like a vigilante. He does whatever it takes to return the things which have been unfairly stolen from the people.

Meanwhile, in The Blacklist Season 9 Episode 4, Copper will be under stress to remember a crucial event from his past, which he has no memory of. Now, a memory-erasing expert named Dr. Bogdan Krilov will be hired by the FBI to revive the lost memories. Dr. Bogdan will have a challenging task in hand to help Cooper revive his lost memories. Moreover, Ressler has been struggling with his addition for a while. Park confronted him in the previous episode. In the next episode of The Blacklist Season 9, Ressler will seek out help from Park to recover from his addiction.

The previous episode of The Blacklist Season 9 focused on an extremist criminal organization named Supremo Priori Knighthood(SPK). The group specializes in stealing and selling religious artifacts to the highest bidders. The team was looking into the group’s recent robbery at the Prato Cathedral in Italy. The Virgin Mary’s belt was stolen by them from the Cathedral. Park and Ressler managed to track down a suspect by looking into wire transfers.

Unfortunately, the suspect took his life before the duo could get him. Red went to the auction pretending to be a buyer to meet the organization’s leader. The man is known by the name Giovanni, who turns out to be Red’s former mentor Robert Vesco. While talking to Red, he revealed that his followers are unaware of the auction. Instead, they think that the stolen artifacts would be burned as a sacrifice to the altar.

Next, the SPK planned to blow up a church by planting IEDs and stealing the head of John the Baptist. Aram, Dembe, and Ressler work together to prevent the attack. Meanwhile, in The Blacklist Season 9 Episode 3, Red tells the truth about Giovanni to his followers. Weecha took out her gun and killed the SPK members to save Giovanni. However, Dembe managed to arrest the leader eventually, resolving Ressler’s and the FBI’s doubts about him. Towards the end, Parks asked Ressler about his troubles with addiction while Aram sold his share of the company. Finally, Red reunited with Agnes after a critical mission.

The fourth episode of The Blacklist Season 9 will air on November 11, 2021. NBC airs each new episode weekly on Thursdays at 8/7c, with an estimated runtime of 45 minutes. In addition, fans can also view the newest episodes on DirecTV, Sling TV, Fubo TV, and YouTube TV. So, prepare yourself for another exciting episode of The Blacklist and keep coming back for more informative updates. 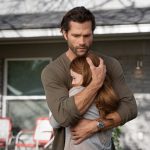 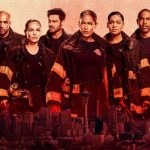