The title of Boruto Chapter 64 is “Control.” The forthcoming chapter of the manga will feature Boruto unleashing the true power of his Karma. By the end of the previous chapter, he transformed into Borushiki. However, this time Momoshiki does not take control of his body, and Boruto is completely conscious. Now, he is all set to compete against the White Karma user, Code. On the other hand, Naruto finally senses Boruto’s chakra, and now he is on his way to save Boruto and Kawaki.

The most interesting thing about this chapter is that Shikamaru will be on its cover page. It is kind of rare for a side character to appear on the cover page. Therefore, now the fans are wondering that Shikamaru might be in grave danger as he is also headed with Naruto to locate Boruto and Kawaki. So, what will happen in the 64th chapter, and when will it come out? Here is everything to know.

The new chapter of Boruto will open with Boruto standing up on his feet and getting ready to fight with Code again. He will attack Code without wasting any time and will eventually use his clones, and with its help, he will successfully deliver a punch on Code’s face. The punch will send Code flying. Boruto will try to catch him, but he will disappear using his technique. Kawaki and Eida, who are closely watching this battle, will be impressed by Boruto’s skills. It seems like the pills Amado gave to Boruto are actually working.

Boruto Chapter 64 will feature Naruto trying to figure out the location of Kawaki and Boruto with the help of other ninjas. Shikamaru meets Naruto and says that he is going along with him. Hinata wants to go with Naruto as well. But the latter will not allow her with him and tell her to take care of Himawari.

Back to the battle, Boruto will try to absorb Code’s Claw marks, but it won’t make any difference. Code will warn Boruto it does not matter how effective Amada’s drugs are, as he will eventually transform into an Otsutsuki. When this happens, he will use him as the ultimate sacrifice. Code will switch his places again and will appear behind Code. He will tell Boruto that he will deal with him later. However, Boruto will be able to free Kawaki from Code’s hold. On the other hand, Naruto will finally get the location of his sons. He also senses an unusual chakra, and then Shikamaru asks if that person is Code.

Meanwhile, the black and the white Karma will be indulged in hand-to-hand combat. Boruto will use his vanishing Rasengan, but Code will dodge it in the nick of time. In the ending moments of Boruto Chapter 64, Boruto will drop on his knees as he won’t be able to breathe. It might happen due to the side effects of the pills, or there is also a possibility that Boruto will overuse his Karma. Kawaki will begin to panic after seeing Boruto in this condition. Meanwhile, Eida and Code will observe the situation.

The fans are very excited and just can’t wait to read the 64th chapter, as it will feature the true power of Boruto’s Karma. They will also get to witness some amazing action sequences. Boruto Chapter 64 is all set to release on Saturday, November 20, 2021, on Viz Media. 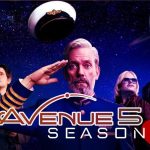