After nearly getting ravaged by Chernobyl’s meltdown, the Legends will crash land in the 1940s in Legends Of Tomorrow Season 7 Episode 7. But now, the team will need parts to repair the time machine. So, they will work in an airplane factory in Seattle. However, things will get tricky when Astra gets frustrated and takes matters into her own hands. Thus, continue reading ahead to know all the crucial details about the seventh episode.

Legends Of Tomorrow Season 7 Episode 7 Preview: What Will Happen?

The seventh episode of Legends Of Tomorrow Season is titled “A Woman’s Place in the War Effort.” The Legends’ time machine will crash land in 1940s Seattle. They will find themselves stuck in the middle of World War II, with a surprise guest. Bishop has also sneaked in with them. They will need some parts to repair the time machine.

Luckily, the crash landing site is near an airplane manufacturing plant. In the upcoming episode, Sara, Ava, Gideon, Spooner, and Astra will be working in different sections of the airplane factory along with Rosies. However, the situation will get tricky when Astra decides to deal with the inequality at the workplace. Meanwhile, Behrad will act as a host and help Nate with teachings on the Persian culture and mannerisms in Legends Of Tomorrow Season 7 Episode 7.

The previous episode began in the year 2214 in Vancouver. Bishop successfully recreated a Waverider using the blueprints from Gideon. He and his clone assistant Ava traveled back in the year 1925. They destroyed the Legends’ Waverider and corrected the displacements by using Ava’s cloning tech to create robot replacements of the Legends.

Meanwhile, in Legends Of Tomorrow Season 7 Episode 6, Gideon sent the clone Ava into the timestream and created a robot clone for Bishop to take his place, so he could continue hunting down the Legends. However, Bishop was doubtful about his decision after discovering his future and the Legends’ involvement in it. Further, Davies’ time machine broke out, making Sara and Ava frustrated. Moreover, Nate decided to go ahead into the totem while Gary and Gideon shared their humanistic bond. Davies expressed his true intention of building the time machine. He wanted to save his lover Alun and friends from World War I.

Further, Behrad realized that they were stuck in 1986 in Chernobyl, on the same day when the powerplant melted. So, Davies broadcasted the evacuation warning, which also alerted Bishop’s Gideon. Towards the end, the Legends managed to repair the time machine and escape. However, Bishop also managed to sneak inside and travel with them in Legends Of Tomorrow Season 7 Episode 6.

The CW will air the seventh episode of Legends Of Tomorrow Season 7 on November 24, 2021. Each new episode airs weekly on Wednesdays at 8:00 p.m. ET, with an average runtime of around 45 minutes. Moreover, the upcoming episode will be the mid-season finale. And the remaining episodes will begin airing in January 2022.

If you miss the mid-season finale on The CW, fans can watch it on the network’s website and The CW app. Moreover, season 7 is also available to stream on YouTube TV, Fubo TV, Xfinity, Hulu+Live, and DirecTV. Hence, don’t miss the next episode and return for more exciting episode previews. 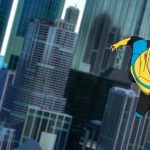 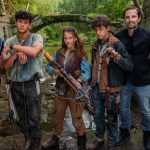