Harry will be unsure if he can trust Meg in The Sinner Season 4 Episode 7. It turns out that Sean and Colin may have been involved in some shady business. Percy got to know about it, and the people involved in the activity might have shut her off by killing her. Harry will face extreme dangers in the next episode as he looks for answers. Thus, keep reading ahead to learn all the necessary details about the seventh episode.

The Sinner 4 Episode 7 Precap: What Will Happen Next?

Harry will continue to look for clues at the shipyard in the seventh episode. He came closer to the truth with the discovery of the ship, Valerie. However, his attackers tied up loose ends by burning the ship down. Moreover, Harry will be unsure who to trust in the next episode. With the suspicion of Sean and Colin’s involvement in Percy’s death, Harry will be confused if he can trust Meg.

Moreover, the findings of the ship strongly suggest something illegal was going on at the yard. Thus, it could be possible that Percy would have found out about it, leading to her death. Harry will continue to solve the mystery. However, this path to the truth turns out to be extremely dangerous for the Detective in The Sinner Season 4 Episode 7.

The previous episode began with Harry and Meg closely examining Brandon’s dead body. Brandon had nicotine gum on him. Harry discussed the matter with Meg and implied that Brandon was connected to Percy’s death. Meanwhile, the Portland police arrived at the spot and began their investigation. They arrested Mike as a suspect due to a feud between him and Brandon. Harry went to the police station and advised the detectives to stop wasting their time on Mike, as he could not have killed Brandon.

Further, in The Sinner Season 4 Episode 6, Meg and Harry visited Brandon’s mother and wife. His wife revealed that Brandon cheated on her, and his friend, Rafa, covered for him. During a flashback, Percy argued with Meg about their family’s influence on the natives of the island. Meanwhile, in the present, Harry went to talk to Rafa, who revealed that Brandon had called him for help one day. When he reached there, Brandon was with a woman who was severely hurt. Rafa helped the woman and discovered a ring nail in her wound. However, Brandon sent Rafa away when Percy came to see him.

Meanwhile, in The Sinner Season 4 Episode 6, CJ revealed that Brandon was involved in some peculiar business with meg’s son. Then, in a flashback, CJ followed Brandon when two men attacked Brandon and beat him up. Harry goes back to the shipyard to look for answers. Meg told him that the shipyard belonged to a family friend named Don. However, Harry’s life was in danger at the shipyard while Meg went to see Don.

Harry Gets Attacked By The Men Who beat Brandon!

When Harry visited the shipyard, he saw a ship named Valerie. The ship had the same Celtic star that Percy had on her when she was found dead. Harry hopped up the ship and came across a foul smell with flies buzzing around. He also found a bunk bed and children’s clothes lying around. Soon after, someone shot at him. He ran away into the woods severy injured. Luckily, before the shooters could find him, Meg came to her rescue.

It turned out the two men who beat Brandon had attacked Harry. One of them was wearing a red raincoat, similar to the man who broke into Harry’s residence. After that, the attackers burned Valerie towards the end of The Sinner Season 4 Episode 6.

Sean Muldoon was also seen informing someone that Meg had brought Harry to their home. Thus, CJ was right about him being involved in Percy’s death. Moreover, the prime suspect for the murders of Percy and Brandon could be Don. Meanwhile, Mike was questioned by the police, but he chose to keep quiet. Moreover, his wife insisted he tells the truth to save himself. It turns out Mike knows something which could change the course of the case.

The seventh episode of The Sinner Season 4 will air on November 24, 2021. USA Network airs each new episode weekly on Wednesdays at 10:00 p.m. ET, with an average runtime of 45 minutes.

If you miss USA Network’s broadcast, fans can stream the newest episodes on the network’s website and the USA Network app. Moreover, season 4 is also available on Sling TV, DirecTV, Fubo TV, YouTube TV, and Xfinity. So, don’t forget to watch the upcoming episode and keep coming back for more informative episode reviews. 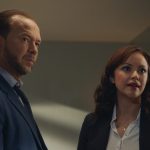 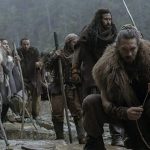