New Amsterdam Season 4 Episode 11: Delayed! Max And Sharpe Start A New Life In London! Who Is The Father Of Malvo’s Baby? 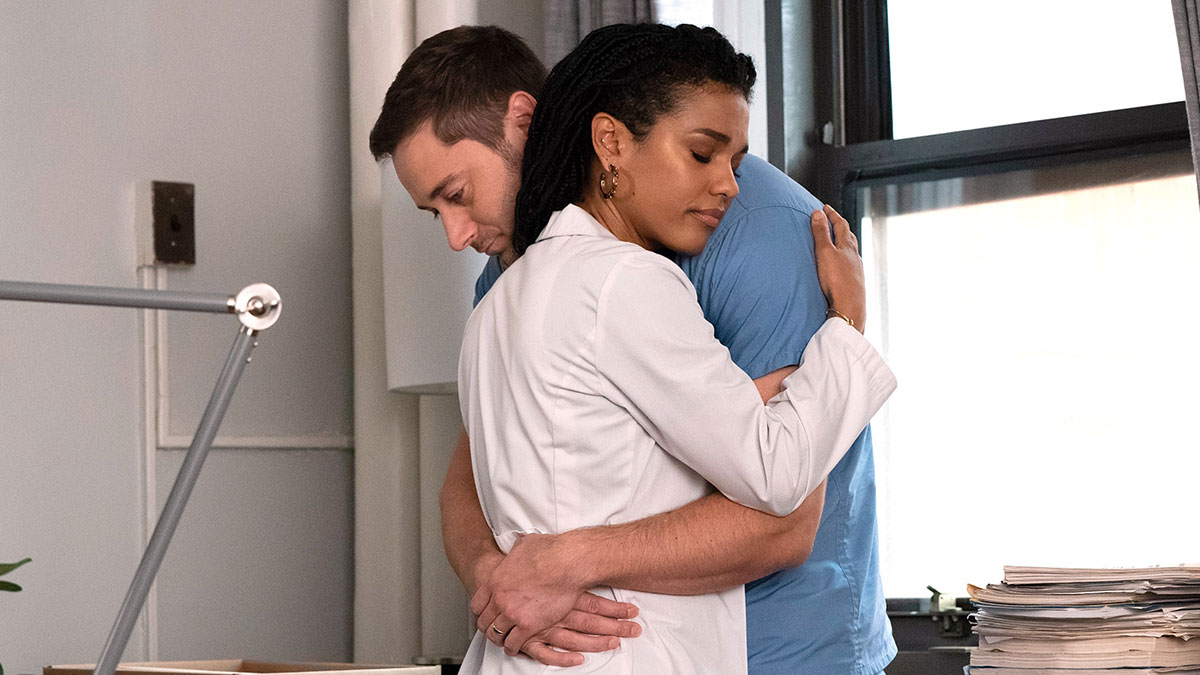 Max and Helen are ready to start a new life in London with their daughter in New Amsterdam Season 4 Episode 11. But unfortunately, the upcoming episode will return after a mid-season break. Therefore, we will have to wait to see what transpires in the eleventh episode. However, we have a slight idea of the happenings of the next episode. Thus, keep reading ahead to discover all the details!

NBC has not revealed the synopsis and title of the upcoming episode. However, a short promo has been dropped by the network. As per the promo, Max and Helen have finally moved to London with their daughter. Helen is worried that Max might not be happy after leaving his life behind. However, he assures her that he is happy because he really loves her.

Meanwhile, in New Amsterdam Season 4 Episode 11, viewers will find out who is the father of Malvo’s baby. Further, there will be some additions to the hospital following Max and Helen’s exit. Hence, the returning episode will be packed with some interesting storylines, which is worth the wait.

The previous episode showcased the last day of Max and Helen at the New Amsterdam Hospital before leaving to start a new life in London. They were called after a bacterial outbreak spread in the hospital, resulting in multiple death of the patients. The doctors struggled to find the origin of the outbreak but failed.

Max and Helen walked in quickly and tried to get the situation under control. It turned out that the bacterial outbreak was spread from the hospital’s ice machine. Further, some experimental drugs from the 1950s were used to heal the patients. After the situation was handled, Max and Helen bid farewell to their New Amsterdam family.

Meanwhile, Malvo made a shocking revelation that she was pregnant. The news created more complications between Reynolds and Baptiste. Now, it will be thrilling to find out who is the father of Malvo’s baby. Moreover, Leyla confronted Bloom for offering a bribe to get her a job at the hospital. The incident resulted in Leyla breaking up with Bloom. Also, ten patients lost their lives due to antibiotic-resistant bacteria in New Amsterdam Season 4 Episode 10.

Unfortunately, the eleventh episode of New Amsterdam Season 4 will not be airing this week. Even, the network will not air any episodes in the month of December. The series has gone for a fall break after airing its tenth episode on November 23, 2021.

Now, NBC will air New Amsterdam Season 4 Episode 11 on January 4, 2021. The first ten episodes of the fourth season are available to view on the network’s website, the NBC app, Fubo TV, Peacock TV, Hulu+Live, DirecTV, Sling TV, and YouTube TV. Hence, stay patient by binging on the previous episodes and keep coming back for more informative updates about your favorite TV shows.