Unfortunately, fans might have to wait a while for The Good Doctor Season 5 Episode 8. The medical-drama show has taken a mid-season break and will be returning next year. In the upcoming episode, the doctors will deal with the death of a baby at the hospital.

Lim will face the consequences while the person who is responsible for such adversity is Salen. So, the doctors will come together in their effort to take down Salen when season 5 returns. Thus, continue reading to discover all the updates of the eighth episode.

The Good Doctor Season 5 Episode 8 Preview: What Will Happen Next?

The network has not revealed the synopsis or title for the eighth episode. Luckily, we have a short promo that explains a lot. In the promo, Shaun is going through a tough time after the incident at the hospital. He tells lea that he cannot marry her. To which, she replies that both of them love each other. Thus, it will be nerving to see if the wedding gets called off when season 5 returns.

Meanwhile, after an investigation at the hospital, Lim will get fired. She will have to bear the consequences of Salen’s ignorance. Salen tells Shaun and Lim that they are responsible for the baby’s death and warns them that such an incident should not happen again while Glassman watches.

Moreover, Lim is heard saying that Salen’s policies have endangered the patients, and she has proof of it. She will then confront by Salen, who will threaten her. Glassman will advise Lim to reconsider her options. However, it seems that Lim is ready to take Salen down, and Shaun might help him in the cause in The Good Doctor Season 5 Episode 8.

The previous episode of The Good Doctor Season 5 began with Glassman getting a visit from his ex-wife, Ilana Reeves. She wanted him to treat her new husband, who suffered from Lew Body dementia and showed signs of a tumor. Glassman was reluctant at first but decided to have a look at Ilana’s husband. She forgave Glassman for their daughter’s death and advised him to stay in San Jose for Shaun. Further, Glassman decided to operate on her husband and removed the tumor successfully.

Next, Shaun and Lea went to check out the church as their wedding venue. While returning, they encountered a multiple vehicle accident involving a 26-week pregnant woman named Alma Garcia. The woman was immediately taken to St. Bonadventure, where Shaun and Lim tried to stabilize her condition.

Meanwhile, the two doctors decided to go with a medical procedure to deliver the baby. However, the baby was in critical condition and needed a preemie medicine which turned out to be expired. Shaun improvises to save the baby’s life, but he failed to save it due to a lack of oxygen.

After the incident, Lim confronted Salen about the shortage of medication. However, Salen ordered her to remain discreet until an investigation was done. Moreover, Shaun lost his cool due to the expired medicine. He also discovered that Lea deleted the negative reviews against him. At the end of The Good Doctor Season 5 Episode 7, Glassman comforted Shaun in a tough situation.

Unfortunately, The Good Doctor has gone for a mid-season break. ABC aired the seventh episode on November 22, 2021. And as per the promo, The Good Doctor Season 5 will return with the eighth episode in Spring 2022. Thus, the fans will have to wait a while to watch the remaining episodes of season 5.

The first seven episodes of the fifth season are available to stream on the network’s website, Hulu+Live and Fubo TV. So be patient and keep returning for more informative updates about your favorite TV shows. 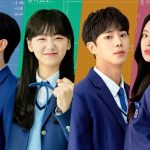 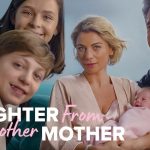