Bridgerton is undoubtedly one of the most acclaimed releases on Netflix in 2021. The show has become massively popular among fans after its debut season. Since the release of the first season, fans have been waiting to return to the England of the 1800s with Bridgerton Season 2 and find out out what’s next for their favorite characters.

Netflix’s Bridgerton is periodic romantic drama series based in Regency-era London. The drama series created by Chris Van Dusen is based on Julia Quinn’s eponymous novel. The show revolves around three notable families of London. These three families are the Bridgertons, the Featheringtons, and the Bassets. Bridgerton features many romantic angles filled with drama.

The series earned immense praises and acclaim from the critics for its storyline and intriguing characters. Meanwhile, Bridgerton blew the minds of the fans of the genre. The show became one of the most-streamed series on Netflix in 2021. On the other hand, it also received 12 Emmy Nods. After a much-loved first season, fans are looking forward to Bridgerton Season 2.

On January 21, 2021, Netflix officially renewed the drama series for Bridgerton Season 2. Though looking at the massive popularity of the series, it seemed certain. However, the ongoing pandemic severely impacted the show’s production. Nevertheless, cast member Nicola Coughlan confirmed that the filming is already in the works in September.

After that, showrunner Chris Van Dusen confirmed on November 21 that the filming had been officially wrapped. In a tweet, he wrote, “That’s a wrap on Season Two! So proud of this cast and crew who brought their A-games to work each and every day in this very challenging year. And these two in this photo with me right here. Words are not enough.” Although, he didn’t reveal the official release date for the season. But his tweet hinted that the Bridgerton Season 2 will drop in 2022.

Meanwhile, that’s not all the good news we have for the fans. There are official confirmations about the third and fourth seasons of the drama. According to reports, Netflix is also working on a spinoff series featuring Queen Charlotte in her youth. But it might not come out before 2023.

Daphne’s Future In The Show Without Simon?

Fans are keenly waiting for Bridgerton Season 2. But they were sad to know that their favorite Duke of Hastings, played by Rege-Jean Page, will not return for the upcoming season. The romance between Page’s Simon and Daphne has been one of the first season’s highlights.

The actor confirmed in April 2021 that his character arc is completed in season one itself. As a result, he will not return for the second season. Since then, fans have been wondering about Daphne Bridgerton and her whereabouts.

Fortunately, there is good news for fans! Even though Simon will not appear in the next season. Daphne, played by Phoebe Dynevor, will feature in Bridgerton Season 2. Daphne, who is now married to Simon, will appear in family gatherings alongside her brother in the upcoming season. Even without Simon, the show is more than capable of keeping up with its success. The upcoming season will also focus on several potential love angles in its forthcoming seasons. 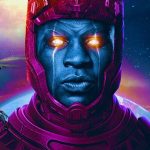