Zatanna and her disciples will be facing a huge threat by the Lords of Chaos in Young Justice Season 4 Episode 10. They will have to defeat the united front of Klarion and the Child if they want to save humanity. However, things might get complicated when some new allies and an ancient rival appear amidst the chaos. Thus, keep reading further to know all the details about the tenth episode.

Young Justice Season 4 Episode 10 Precap: What Will Happen Next?

The tenth episode of Young Justice Season 4 is titled “Nomed Esir!” Zatanna and her protegees will be up against Klarion and the Child. However, the heroes powers’ are no match to the Lords. Thus, they will need help from their allies to ward off the greatest threat to humanity. The Chaos on the Earth is just the beginning.

Therefore, the heroes will have to make a swift move to get rid of their enemies. Meanwhile, some new allies and an ancient foe will show up on the planet during the grand battle between the heroes and the Lords of Chaos. Also, it seems like Vandal will finally reunite with Klarion to fulfill his promise in Young Justice Season 4 Episode 10.

The previous episode of Young Justice Season 4 Episode 9, went back two millennia in time. Vandal Savage created a village for his metahuman children. But, unfortunately, most of them were slaughtered by Klarion, the Lord of Chaos. The Lords were the mystical cosmic beings who balance and conflict with the Lords of Order like Dr. Fate. Klarion tried three hundred times to kill Savage, but he failed each time. So, Vandal convinced Klarion to give him 1000 years to prove Vandal’s point. He promised Klarion to meet again at the Atlantis village.

In the present, another Lord of Chaos, the Child, infiltrated Earth, resulting in a massive blackout. She also created a golem who was termed a Flaw to anchor her to the world. She also disintegrated a security guard to find more about the human anatomy. The magical beings across the planet were alerted by the strange activities. Meanwhile, Zatanna trained her students Mary, Traci, and Khalid Nassour. After that, she took them to see Madame Xanadu in order to find the origins of the disturbance.

Moreover, the heroes and Klarion discovered the security guard and blamed each other for the man’s dreadful fate. Klarion was summoned by the Child before he cut overpower the heroes. Also. Phantom Stranger reminded Vandal about the promise he made to Klarion. Further, despite a conversation with Blue Devil, Garfield struggled to get any sleep. Towards the end, Saturn Girl and Chameleon Boy watched an episode of Garfield’s sci-fi show Star Trek 2036 in Young Justice Season 4 Episode 9.

HBO Max will air Young Justice Season 4 Episode 10 on December 9, 2021. The network airs a new episode weekly on Thursdays at 3:00 a.m. ET. Each episode of season 4 has an estimated runtime of 25 minutes. And the current season is set to feature a total of 26 episodes.

If you miss the newest episode on HBO Max, fans can stream it on the network’s streaming platform. Moreover, season 4 is also available on YouTube, Amazon Prime Video, Vudu, Xfinity, Microsoft Store, Google Play, and iTunes. So don’t skip the tenth episode and keep returning for more entertaining episode previews. 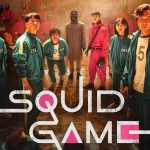