After an exciting second season, fans have been waiting for the third season of the horror-thriller series Servant. And by not keeping the viewers at the bay, AppleTV+ has released the trailer for the upcoming Servent Season 3.

Servant is a psychological horror-thriller series created by M. Night Shyamalan and Tony Basgallop. The show was first released on AppleTV+ in November 2019. Servant follows Dorothy and Sean Turner, a couple from Philly. The couple is coping with the death of their son. So, when Dorothy suffers a breakdown, she starts treating a toy like her own baby. They hire a secretive maid with a mysterious past. However, strange occurrences start happening in the home after Leanne’s arrival.

The first two seasons of the series have garnered wide critical acclaim with the show’s thrilling narrative, dark tone, and emotional journey of the characters. Meanwhile, fans of the horror genre have also been impressed by the slow tension that the series build. The second season was more mysterious than the first, and it left the audience with several questions. Now viewers are waiting for Servant Season 3 to answer all the questions.

Apple Tv+ has just shared a trailer for the upcoming season of M. Night Shyamalan’s horror-thriller series. The trailer has hinted at the return of Jericho, but there’s a price to pay. Meanwhile, Leanne keeps on luring strange energy into the home. The trailer shows that the third season will pick up after three months of season two’s finale.

The threat of the cult is still haunting Dorothy and Sean‘s lives. In the trailer, we also see what looks like a party for Jericho and other kids. Dorothy can also be seen making a toast about motherhood. But this light environment doesn’t last long, and things take a dark turn. The cult is still out there looking for Leanne.

We can also see rotting corpses, insects infestations. Leanne tells Sean that his son wasn’t brought back by God. To which Sean replies, “Then who did?” No doubt, the upcoming season is going to be more thriller and mysterious than ever.

After the brilliant critical and fans’ response towards the horror series, Apple TV announced that the series will return for Servant Season 3 even before the premiere of the second season. According to Shyamalan, his version of the story is forty episodes, so it seems safe to say that there might very well be a fourth season of the series as well.

The production for Servant Season 3 began in early 2021. On March 16, 2021, Showrunner M . Night Shyamalan confirmed by a Tweet that he had finished directing the first episode of the third season. As of now, the third season has finished filming and also the post-production. And Servant season 3 is set to premiere on AppleTV+’s on January 21, 2021. Each new episode will drop every Friday on the streaming platform. So, don’t miss it and stay tuned with us for more updates. 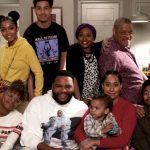