The Lagina Brothers will look to solve a centuries-old mystery around the Money Pit area in The Curse Of Oak Island Season 9 Episode 7. They will look to find a hidden silver treasure that has been lost in the area. However, their attempt to find a big score is threatened by a shutdown. The Lagina Brothers will have to find a way to work around the roadblock and continue their mission. So, continue reading to know all the details about the ninth episode.

The Curse Of Oak Island Season 9 Episode 7 Precap: What Will Happen Next?

The seventh episode of The Curse Of Oak Island Season 9 is titled ” It All Adze Up.” The team will try to find the “Garhardt dump truck load” of silver while digging in the Money Pit area. The brothers and the crew will look to solve a 226-year old mystery in The Curse Of Oak Island Season 9 Episode 7. However, everything that they have done so far is threatened by a shutdown. Now the Laginas will have to decide if they play according to the regulations or continue their quest to move closer to the Money Pit. Also, the team will find some gold and precious artifacts in the next episode.

The previous episode began with the crew digging around borehole 1.5, where they discovered pieces of wood and mud. They examined the wood pieces closely and concluded that the wood might belong to a 10-feet tall underground treasure chamber. Meanwhile, the brothers went back to the probable tunnel entrance. The target site was discovered previously after the crew followed Zena’s map. In addition, they found a leather strap with a metal buckle, a strip of copper, and a button during the digging.

The fascinating button was then sent for physiological analysis. The results revealed that the button contained 0.15% silver, 0.12% gold, and 6.16% of the rarest metal, osmium. Moreover, the team dug around the swamp area, which did not wield anything precious. During the meeting, Marty announced that the archaeological digs had ended, resulting in the demotion of Lairs as the advisor.

The crew had some issues with Helen, Liz, and Miriam, as they haven’t worked hard enough in The Curse Of Oak Island Season 9 Episode 6. Also, the team is focusing on exploring the multiple stone pathways, which could lead them to the Money Pit.

The Curse Of Oak Island Season 9 Episode 7 will air on December 14, 2021. History TV airs one new episode weekly on Tuesdays at 9:00 p.m. ET, with an estimated runtime of around 60 minutes.

If you miss History TV’s broadcast, you can stream the next episode on the network’s official website. In addition, season 9 is also available on Philo TV, Fubo TV, Sling TV, Spectrum, and DirecTV. So, stay tuned for more detailed episode previews, and don’t skip the seventh episode. 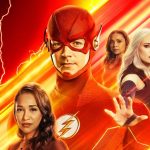 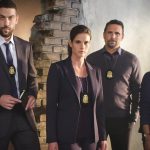