The Klarion and the Child will face each other in Young Justice Season 4 Episode 11. The ensuing battle will be powerful enough to deteriorate the planet from its core. Thus, Vandal is planning to flee with his people before things get bad.

However, the heroes and Child will do everything to stop Vandal’s dream from turning into a dreadful reality. So, continue reading ahead to learn the essential details about the eleventh episode.

Young Justice Season 4 Episode 11 Preview: What Will Happen Next?

The upcoming episode of Young Justice Season 4 is titled “Teg Ydaer.” It looks like the highly-awaited battle between the Klarion and Child will take place in the next episode. Vandal is ready to transport his children and community to Warlord if the situations turn for the worse. Meanwhile, Ra’s Al Ghul might join Vandal during his quest to conquer the world. It seems like Child might need some help to stop Vandal and Klarion during their effort to destroy Earth in Young Justice Season 4 Episode 11.

The previous episode showcased a battle between the Child and Klarion, the Witch boy. Child’s motive was to replace Klarion by destroying Earth. He wanted to stop Vandal Savage from conquering the world. Klarion planned to support Vandal’s quest, and the Lords of Chaos were not too happy about it. During the fight, Phantom Stranger revealed that Klarion caused the sinking of Atlantis. Klarion also formed the Aquaman’s race of water-breathing humans as a part of their grand plan.

Meanwhile, Vandal ordered his son to help Klarion and made other plans of action if his son failed his mission to stop the Child. Moreover, Vandal told about the plan to his daughter, Cassandra, and the mission is named Project Lifeboat. If the planet got destroyed, the move was to protect Vandal and his allies. The survivors would be sent to his safehouse in Warlord.

Savage also offered refuge to his former friend Ra’s Al Ghul. However, he was unsure that Ra’s would accept his offer. Meanwhile, Vandal developed a full-proof method to transport his children and allies if the battle between Klarion and Child destroyed the Earth in Young Justice Season 4 Episode 10.

HBO Max will air Young Justice Season 4 Episode 11 on December 16, 2021. The network airs each new episode weekly on Thursdays at 3:00 a.m. ET, with an estimated runtime of 25 minutes. And season 4 will feature 26 episodes in total. 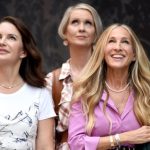