If you are a fan of compelling crime dramas, there is no way in hell you don’t know about TNT’s massively popular show Animal kingdom. The fifth season of the series aired in October 2021 and it was filled with intense drama and suspense. Naturally, fans are buzzed as a bee about its next installment, Animal Kingdom Season 6. So let’s discuss everything we know about the upcoming season.

TNT’s Animal Kingdom is a western family crime drama series that first premiered on the network back in 2016. The compelling crime drama is based on the eponymous Australian movie by David Michod, that released in 2010. The show follows the South Californian Cody crime family led by Janine “Smurf” Cody.

She is the ultimate authority of the family who rules with an iron fist. Teenager Joshua Cody comes to live with his uncles and grandmother after his mother dies. Next, the show progresses as J gets involved in the crime business of the family.

The drama series developed by Jonathan Lisco has garnered massive critical acclaim over the course of five seasons. Compelling character arcs, immersive narrative, and excellent portrayal from the actors make Animal Kingdom worth watching. The show also features a captivating action. That is why fans can’t stop talking about the show even after the five season-long run. So, let’s find out when is Animal Kingdom Season 6 returning.

What To Expect From The Season?

In the fifth season of the series, the Cody family was trying to cope up after their mother and family leader Smurf died. Her death has left a hole in the family and has also weakened the family’s position in South California. The family is in the midst of chaos with their leader no longer being there.

However, the enemies are looking at this as an opportunity to get back at the Codys and settle the score. The fifth season also gave us several glimpses about the past life of Smurf. Meanwhile, viewers learned how to manage to build such a large crime empire from scratch while also raising her children with much help from anyone.

On the other end, Joshua and Deran stepped up to the occasion at the end of the fifth season and became the new leaders of the family. First, the family members sold Smurf’s house to get some money for the clan. But the money needed some laundering. That’s where Deran’s Bar and J’s bowling ally come into the picture.

Stepping into Animal Kingdom Season 6, things will be hard for the Cody family. It may also give us a look at the past. The sixth season will also focus on the dynamic between Julia, Pope, and Baz. It will be interesting to find out what’s next for J. He is getting a little too close to Penny while also sinking deep into the world of crime.

One of the only legal businesses for the, i.e., Deran’s bar is not clean anymore as they are using it to launder money. So, this might bring him a new set of problems as he is already under DEA’s radar. Meanwhile, Craig’s drug addiction is also going to be a problem in Animal Kingdom Season 6.

Who Will Return In Animal Kingdom Season 6?

There are no current updates about the cast of Animal Kingdom Season 6. But given the demand of the plot and how things ended in the last season fans can assume that most of the lead characters are bound to return in the upcoming installment of the show.

The returning cast member will include Shawn Hatosy as Andrew “Pope” Cody, Ben Robson as Craig Cody. Meanwhile, Deran Cody, played by Jake Weary, is also likely to make a return in the next season. Undoubtedly, Finn Cole will also return as J, and Jon Beavers and Rigo Sanchez will also feature in Animal Kingdom Season 6.

After the completion of the fifth season in October 2021, the TNT network announced that the series would return for a sixth and final outing. The creators have already finished the production for the next season in August 2021. TNT also shared a teaser for Animal Kingdom Season 3. But unfortunately, there is no exact release date yet. All we know is that the show will return sometime in 2022. So, stay tuned with us for more details about your favorite shows. 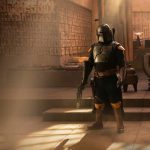 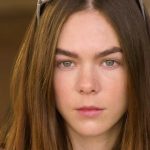