It seems like Chunk and Bull will be defending a woman who is being tried for murder in Bull Season 6 Episode 10. Bull believes that the woman lost control of the situation because of a potential brain tumor. Thus, he will have to prove his theory in court to get a fair response to this woman’s uncontrollable actions.

Moreover, Taylor will be under the FBI’s suspicion in the next episode. So, keep reading ahead to learn all the necessary details about the tenth episode.

Bull Season 6 Episode 10 Precap: What Will Happen Next?

The tenth episode of Bull Season 6 is titled “Frontotemporal.” Bull and Chunk will be defending a woman who will be tried for first-degree murder in the next episode. However, Bull will try to prove the truth that her lack of control was caused due to a brain tumor. They will have to use their psychological experts to justify murder in Bull Season 6 Episode 10. Meanwhile, Taylor would be under the radar of the FBI for committing cyber crimes in the next episode.

A couple of undercover cops shoot a young man in the previous episode. The police misrecognized the victims. It turned out that the NYPD had been using facial recognition software, which made a mistake, resulting in the death of an innocent. Soon after, the company offered the victim’s mother. But he refused to spend a dime on it. She was hell-bent on stopping the same thing from happening to other mothers. Chunk approached Bull and told him about the whole situation. Bull agreed to take on the case.

Meanwhile, in Bull Season 6 Episode 9, Bull and Chunk ran into Marissa while she was having lunch with an opposing firm. The firm’s owner tried to cover up that it was a job interview. But, Marissa told Bull about the offer and asked for Benny’s office and position if Bull wanted her to stay. Moreover, Marissa vented about her bad day when Taylor informed Marissa that her computer was hacked.

On the other hand, Chunk took on the case in court. He faced some roadblocks, but he managed to convince the jury of the software’s drawbacks. Meanwhile, Taylor tracked the hacker down and offered her a job at the firm. Eventually, the hacker was hired, and Taylor went on hunting another hacker with her new pal. Elsewhere, Chunk grilled the cops and uncovered a racial issue.

However, the firm managed to make another deal with the mother. She took the stand in the court and told what had happened to her son. But, they lost the case eventually. However, Bull was surprised that the firm offered a deal even when they knew the mother would lose.

This led Bull to the discovery that the software was deceptive. When the truth came out, the CEO was jailed, and the company went bankrupt in Bull Season 6 Episode 9. Moreover, Marissa received a partnership offer from the opposing firm. So, she decided to leave Bull’s firm.

CBS will air Bull Season 6 Episode 10 on January 13, 2022. The network airs a new episode weekly on Thursdays at 10:00 p.m. ET. Moreover, every episode of season 6 will have 45 minutes of estimated runtime.

If you miss CBS’s broadcast, you can stream the upcoming episode on the network’s official website and Paramount+. In addition, season 6 is also available on Hulu+Live, Fubo TV, DirecTV, Xfinity, and YouTube TV. So, don’t skip the latest episode and stay tuned for more thrilling episode previews. 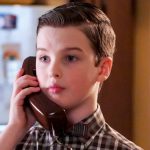