Fox’s medical drama is finally returning after a two-month break with The Resident Season 5 Episode 11. In the next episode, Conrad will find himself in an emotional situation when the recipient of Nic’s heart will be admitted to the hospital. It will be extremely tough for him not to take the case personally. Moreover, Dr. Bell might get some disheartening news in the next episode. So, keep reading to know all the details about the eleventh episode.

The Resident Season 5 Episode 11 Preview: What Will Happen?

The eleventh episode of The Resident Season 5 is titled “Her Heart.” A complicated case will turn personal for Conrad. The donor-recipient of Nic’s heart will be admitted to the emergency room in the upcoming episode. All the memories of Nic will come rushing, as Conrad finds it hard to hold himself together in the upcoming episode. He will need the help of his doctor friends at Chastain to keep him from looking back into his sad past.

Elsewhere, the detailed reports of the Bell’s test will come in the next episode. Thus, Bell might possibly get disastrous news about his diagnosis. The disappointing news might push Bell to make a heartbreaking decision in episode 11.

In the tenth episode, Kit kickstarted her emergency program trial while being curious about Bell hiding something. Conrad led the Flight Go program, allowing the doctors to respond immediately to emergency medical situations. Conrad faced a series of challenges on his first day of the program itself. He and his team provided immediate response to various locations through helicopters.

Moreover, in The Resident Season 5 Episode 10, viewers saw a mysterious doctor Cade Sullivan being introduced on the show. She teamed up with Conrad during Kit’s experimental project. Cade turned out to be a great hospital both in the field and the hospital. She impressed everyone by handling a peculiar case quite calmly at the hospital.

Thus, Cade offered her to join the hospital as Devon’s replacement. However, the mystery surrounding her identity raised her to a level of suspicion. Thus, we might see some secrets unfurling as the show moves forward.

Elsewhere, Conrad helped Bell with his test. He had been having blurry visions and shaky hands for a while. The initial test results looked normal. However, a deeper look suggested the possibility of cancer or a stroke. After finding out, Bell asked Conrad if he should tell Kit or not. In addition, Devon and Trevor handled a patient suffering from an unknown fever. Also, Kit understood Bell’s situation and supported him in The Resident Season 5 Episode 10.

The fourth season underwent a small hiatus after the tenth episode aired on December 7, 2021. Now, Fox will broadcast The Resident Season 5 Episode 11 on February 1, 2022. The network will air a new episode weekly on Tuesdays at 8:00 p.m. ET. And each episode of the current season will have 45 minutes of estimated runtime.

If you miss Fox’s broadcast, you can stream the upcoming episode on the network’s website and the Fox Now app. Further, the fourth season is also available on DirecTV, Fubo TV, and Xfinity. So, don’t miss out on the eleventh episode, and stay tuned for more informative episode previews. 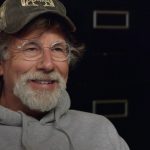 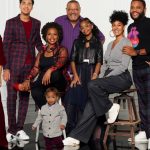