What If? Season 2: The first animated series set in Marvel Cinematic Universe ‘What If?’ Premiered on Disney+ in August 2021. Set among the infinite number of realities within the Marvel Cinematic Universe (or we should say Multiverse), What if? provided a refreshing new take on the famous Marvel storyline. Fans also fell in love with alternate versions of their favorite characters.

The debut season concluded its run in October 2021. And now everyone is wondering what to expect from What If? Season 2. Created by A.C. Bradley, What If? received critical acclaim for its first season. Each episode was set in a different reality and had its storyline. Although it was all a setup for the big finale.

Gamora And Tony’s Team Up In What If? Season 2?

In the finale of What If? Season 1, viewers saw Uatu The Watcher assembling a team of superheroes from different realities to fight the threat of Ultron having infinity stones. The group, or as we like to call them ‘ The Multiversal Avengers’, consisted of Party Thor, Dark Dr. Strange, T’Challa Starlord, Captian Carter, among others.

We were already introduced to all the team members in previous episodes. However, many fans were shocked to see Thanos’ daughter Gamora on the team. This happened because creators initially planned the first season of the series to have ten episodes. However, due to the impact of Covid 19, the season was later cut to nine episodes, leaving out the one with Gamora and Tony Stark.

However, fans should not worry as they will get their due episode in the next season. According to reports, the episode removed from the first part will be in What If? Season 2. The episode will be from a reality where Gamora and Tony teamed up and successfully defeated Thanos.

Although in early glimpses of the episode, fans saw Tony stark and Gamora. They were with the leader of dwarfs Eitri, who has forged Thor’s weapons. Eitri was working on what seemed to be the Infinity Gauntlet when The Watcher appeared in the sky calling out for Gamora. So in the following season, we will find out the entire story of the episode. And how Gamora and Tony managed to defeat someone as powerful as Thanos.

What Did The Showrunner Say?

While Talking about the final episode, the series creator AC Bradley said, “Originally, in the [What If?] season there was an episode slated that was much more ‘Party Thor’. In tone comedic, happy, fun, interesting, heartfelt, all the adjectives , about Tony on Sakaar, which also featured Gamora.” In addition, Bradley stated that “how her and Tony came to interact, because they don’t interact in the MCU whatsoever if I’m not mistaken.”

According to fans, the Mighty Thor or Jane Foster is expected to take over the Thor films and become the next legendary Thor. One of the reasons fans are looking forward to the transfer is Natalie Portman’s return to the MCU. With the debut of She-Hulk in 2022, the MCU will introduce a female equivalent to the Hulk. Many fans think Jane Foster is destined to soon take over as female Thor.

After the Disney studios purchased Fox film, the rights for X Men characters have returned to Marvel. And according to reports, Marvel is planning to introduce famous comic book mutants in the MCU in phase four. Even an X-Men movie may take some time to develop. However, the chances are high that Marvel Studios can include X-Men characters in What If Season 2? There have been some storylines in the comic where The Avengers and X-Men faced each other. And some fans think the creators might do the same in What If? Season 2.

What If? Killmonger Was Raised In Wakanda!

Micheal B Jordon’s Eric Killmonger appeared in 2018 in Black Panther. With a compelling back story and multi-layered emotional depth, Killmonger was highly praised by the audience and critics. In the first season of Marvel’s What If? we saw Killomonger and how things would have turned out for him if the circumstances were different. And one of the most crucial aspects of Killmonger’s arc was his difficult childhood.

King T’chaka killed his father and abandoned his nephew. Upon his return to Wakanda, Killmonger tried to claim the throne by challenging T’challa. Even though his methods were a little too extreme. But his goal was to help people of color who have been subjected to several atrocities and discrimination for centuries. Fans have always pondered the question of What If? instead of abandoning him, King T’chaka took his nephew with him and raised him as the prince of Wakanda. And since Marvel’s What If? explores similar hypothetical possibilities, there is a chance we may see this storyline in What If? Season 2. 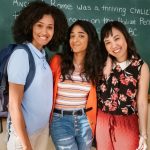 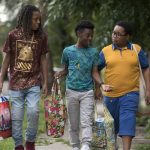