Disney XD’s Star Vs. The Force Of Evil is American science fiction animated series that first premiered in January 2015. Developed by Daron Nefcy, the show revolves around the heir to the royal throne in the Menwi realm, Star Butterfly. In order to be ready for the throne, she is sent on Earth to learn discipline and control her recklessness. She spent her time on Earth disguised as an ordinary human while she also visited other dimensions to prevent Star’s wand from falling into evil hands.

Star Vs. The Force Of Evil Season 5: Release Date!

The fourth season of Disney’s Star Vs. The Force Of Evil premiered on Disney XD from March 10 to May 19, 2019. And as far as Star Vs. The Force Of Evil Season 5 is concerned, the word is that it is not happening. The official sources had already confirmed that the fourth season of the series was the final season. Thus, fans should not wait for the series to return with the fifth season.

Glossaryck Knows What He Is Doing?

What are the chances that Glossaryck knew exactly what he was doing all along? And that he’s just incredibly skilled at making others look stupid? Glossaryck has done a lot of things that at first appear to be stupid or stubborn. But eventually, reveal that they were done with purpose. At least, that’s what he claims. For example, Star could be forced to learn better control in order to keep Marco out of her diary by hiding in a donut box.

Glossaryck requested consent to burn one of the book’s pages for ‘warmth’ during the Bon Bon the Clown episode. Even though he is a supernatural being that doesn’t need to burn anything to be warm, Ludo and his rats captured him after he burned a page with a rat on it. Coincidence? It’s unlikely. According to the theory, Glossaryck didn’t want Ludo or Toffee to get their hands on a spell on that page.

Another theory that is gaining popularity in the corners of the internet is that Marco is not really a human or even Mewman. Fans who have paid enough attention have noticed some hints pointing out that it might actually be the case. However, Eclipsa’s appearance and explanation have diluted the chance of it actually happening.

The theory suggests that Marco is actually part monster. He might have been born the same way, just like Miss. Heinous. Meanwhile, there is also the possibility that he was changed by Star’s magic. We all remember when she tried to cure Marco’s broken arm but gave him a monster arm. Maybe the magic of that arm went wrong and infected his entire body, even his mind. We don’t know how much substance the theory has, but it is surely interesting to imagine that Marco is actually a monster.

Although not the most popular there is a theory that many fans are wondering about Toffe and Eclipsa. The theory proposes that there might be some link between. We know that she accepts that because she had one kid, it doesn’t imply that she didn’t have any others or that Miss Heinous didn’t have children.

Another theory suggests that definitely was something between Ecilips and Toffee. But we assume it must have been way before Ecilips met her hubby. In Eclipsa’s book chapters, we see that she has a rating procedure for monsters based on how appealing she finds them. In the book, we saw a monster who looked exactly like Toffe and depicted him as looking good in a suit. 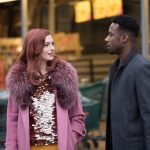 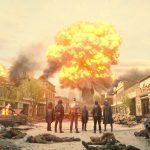