It seems like Layton and Wilford will finally go up against each other in Snowpiercer Season 3 Episode 3. The Snowpiercer has come right next to the Big Alice. However, Wilford will play another trick to escape the confrontational situations. Layton will do all he can to deal with Wilford and move forward with his plan to travel to New Eden. So, keep reading to know all the updates about the third episode.

The third episode of Snowpiercer Season 3 is titled “The Final Blow.” The Big Alice and the Snowpierecer will go against each other as they play a game of cat and mouse in the next episode. While Layton leveled up with Wilford, the 10-mile long Big Alice will disappear straight out of thin air. Thus, Layton will do all he can to get the upper hand on Wilford.

Layton will try to disengage Wilford and take over Big Alice. So, he can take the survivors to New Eden in the upcoming episode. It seems like Layton might have the upper hand. But Wilford might have something tricky up his sleeve to shake up the resistance.

Layton’s crew decided to reconnect with Big Alice in the previous episode. They decided to face Wilford before moving to the final location for possible life forms marked on Melanie’s data. The location was the Arabian Peninsula in the Horn of Africa. Meanwhile, Layton was constantly haunted by the visions of the tree in Africa.

He discovered that it was a Dragon’s Blood tree, which grew in the middle of their last hotspot. The survivor rescued by Layton introduced herself as Asha. She was the last living individual among the scientists and their families who tried to survive on the nuclear power plant’s residual power.

Meanwhile, in Snowpiercer Season 3 Episode 2, on Big Alice, LJ and Goz got married, and Wilford manipulated the occasion to his benefit. Ruth also discovered that Wilford, Javi, and Kevin planned to set up EMP weapons to attack the Snowpiercer when it returned. Javi was traumatized by the situation and refused to help Ruth. So, she took it upon herself, along with Strong Boy, Pike, and Lights, to disarm the weapon. She sacrificed herself and got caught to get them some more time to disarm the weapon.

Unfortunately, the EMP got activated, and the trio had to throw the EMP off the train. The EMP sent the signal to Snowpiercer about Big Alice’s location while Wilford was blinded and could not see the Snopierecer approaching. Wilford prepared to freeze off Ruth’s arm for betraying him. However, the Snowpiercer suddenly appeared parallel on the tracks. Both Wilford and the resistance prepared for an all-out battle in Snowpiercer Season 3 Episode 3.

TNT will air Snowpierecer Season 3 Episode 3 on February 7, 2022. The network broadcasts a new episode weekly on Mondays at 9:00 p.m. ET. And, the current season will feature a total of ten episodes.

If you miss TNT’s broadcast, you can stream the latest episode on Netflix. Each new episode is released on the streaming website one day after TNT’s broadcast. So, don’t skip the third episode and keep returning for more thrilling episode previews only on TechRadar247.com. 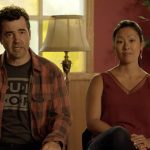