The stakes are about to rise as Clayton goes on a special date with a lucky woman in The Bachelor Season 26 Episode 5. The duo will spend some quality time together away from the house. Moreover, Clayton will realize that Shanae is the one who is causing major problems in the house. Also, a special star will appear during the group date in the upcoming episode. So, keep reading to know about the fifth episode.

The Bachelor Season 26 Episode 5 Preview: What Will Happen?

Clayton and one lucky contestant will go on a high-stakes date to Galveston, Texas. Meanwhile, everyone at the house is irritated by Shanae’s shenanigans. She is keen on attracting attention by harming other girls and arguing with them. Clayton will realize that Shanae is the main reason behind the palpable tensions at the house.

Further, the women’s patience will be tested when star comedian Russell Peters shows up in The Bachelor Season 26 Episode 5. He will turn on some heat as he roasts the women on the show.

The previous episode began with a heated rivalry between Shanae and Elizabeth. Clayton arrived at the mansion in a bad mood and asked the two to sort their issues out through a one-on-one conversation. However, Shanae and Elizabeth argued and disrespected each other.

Other girls were also angry about Shanae and her behavior which led to another argument. After that, Jesse informed the girls that the cocktail party had been canceled. The contestants moved straight to the rose ceremony, where Elizabeth, Kira, and Melina were sent home. Shane was on the ninth cloud seeing Elizabeth leave.

After the Shrimpgate drama, Jesse informed the girls about their first group trip to Houston, Texas. Clayton reconnected with his former Missouri Tigers football teammate, Clarence Green. The latter visited Clayton at his hotel as the two spent time together. Next, Rachel went horseriding on a one-on-one date with Clayton at The Historic Hill House & Farm. They also went on a barbeque hosted by a Texas family at their farmhouse. Rachel and Clayton had a great time together. She talked about her job being a pilot and how her last relationship did not work out. They saw Restless Road on stage as Rachel received a rose from Clayton.

Further, in The Bachelor Season 26 Episode 4, the girls traveled to the NRG Stadium for their group date with Clayton the next morning. Houston, Texas players Jonathan Greenard and Kamu Grugier-Hill came in and split the girls into two teams of 7-6. The teams were named Purple Punishers and Shrimp Stampede. The team who won the football match would go to an after-party with Clayton, while the loser would go back to the hotel. Luckily, the Purple Punishers defeated the Stampedes by 21-0.

Clayton spent time with the Purple Punishers girls at the Hughes Manor at the party. However, Shanae dropped by at the party and interrupted Clayton’s conversation with Sarah. She discussed her manipulating issues and ended up making out with Clayton at the bar. Shanae also crashed the winning team’s after-party, insulted Genevieve & Sierra, and threw the winning trophy before leaving in The Bachelor Season 26 Episode 4.

If you miss ABC’s broadcast, you can stream the latest episode on the network’s official website. In addition, the current season is available to stream on Hulu+Live TV, DirecTV, Fubo TV, and YouTube TV. So, don’t skip the third episode and keep returning for more enthralling episode previews only on Techradar247.com. 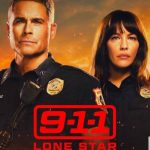