It seems like Station 19, and Grey Sloan will come together again to save one of their own in Station 19 Season 5 Episode 9. Dr. Cormac and a colleague will fall off a cliff while transporting an organ in an SUV. On the other hand, the team will be welcoming a new superior in the next episode. Hence, continue reading to learn all the updates about the ninth episode.

The ninth episode of Station 19 Season 5 is titled “Started from the Bottom.” The upcoming episode will be a cross-over event with Grey’s Anatomy Season 18 Episode 9. Dr, Cormac Hayes will end up in an accident with one of his colleagues. Hayes will manage to get out of the vehicle before it falls down a high elevation. Station 19 will be responding to the emergency. Cormac was transporting an organ in the car when the accident happened. Robert will take the responsibility of going down and saving his friends. The man would be rushed into Grey Sloan with no pulse.

Further, a new fire chief will join Station 19 in the upcoming episode. The crew will find out about Cormac when a young girl seeks help and informs them about an SUV flown over a cliff.

Firehouse 51 was preparing for an inspection by a new female fire chief in the previous episode. Victoria came back to work as she ran into Jack and thought about their kiss. Soon after, the duo responded to an emergency call by a woman’s neighbor. The woman suffered from a panic attack. However, the woman reacted awkwardly when her husband came down with the baby.

Victoria could sense that the woman was afraid of her husband. She tried to convince the woman to leave with them. However, the woman revealed that her husband might take the baby away if she left.

The husband refused to take any medical help and asked Jack & Victoria to leave. However, the man called the police when Victoria refused to leave. Eventually, the cops arrested the man after they discovered assault marks on the woman’s body in Station 19 Season 5 Episode 8.

Ben And The Team Rescues A Man Stuck Between Cars

Carina, Andy, and Maya responded to an emergency call. A man was stuck between two vehicles in his driveway. Ben suggested not to remove the man without medical help, or he would bleed out and die. He tried to convince Beckett to wait until the medical team had arrived. Ben also suggested that he could stabilize the man with some medical equipment. Soon after, Ben went behind Beckett’s back and asked Andy to call Carina.

Meanwhile, the man got a call from his wife, and he tried to act normal. Moreover, Carina showed up to help as the team managed to rescue the man alive. His wife showed up at the house at the same moment. She was shocked to see what had happened as the man was rushed straight to Gray Sloan.

Further, Jack ordered Victoria to take a desk job for breaking protocol to save the assault victim. She confessed to Theo about kissing Jack. She also told him that it meant nothing to her, and she loved Theo. However, Theo could not handle it and decided to leave. Next, Carina and Maya revealed that they were going to have a child during the firehouse party. Bailey and Pryu informed everyone that the man they rescued will survive in Station 19 Season 5 Episode 8.

Finally, Station 19 is returning after a long mid-season break next week. ABC will air Station 19 Season 5 Episode 9 on February 24, 2022. The network will continue airing a new episode weekly on Thursdays at 8:00 p.m. ET.

If you miss ABC’s broadcast, you can stream the returning episode on the network’s official website and the ABC app. Moreover, the fifth season is available to stream on YouTube TV, Spectrum, Xfinity, iTunes, DirecTV, Fubo TV, Hulu+Live, and Vudu. So, don’t skip the ninth episode and keep coming back for more exciting episode previews only on Techradar247.com. 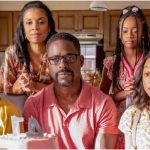 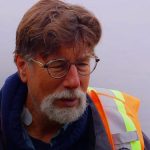