It seems like Clayton will have to make a crucial choice in The Bachelor Season 26 Episode 6. The women will go up against each other to earn a rose. Also, the show is moving to Croatia in the upcoming episode. And, a contestant will reveal some shocking developments. So, keep reading to know about the sixth episode.

The Bachelor Season 26 Episode 6 Preview: What Will Happen Next?

Clayton will have to make a choice between Shanae and Genevive during their two-on-one date in The Bachelor Season 26 Episode 6. Also, the adventurous journey to find love will take the contestants to Hvar, Croatia. One of the ladies will reveal a shocking secret in the upcoming episode. Meanwhile, the women will battle against each other in knightly challenges for an opportunity to earn a rose.

Jill, Rachel, and Susie discussed Shanae’s peculiar behavior during the group date in the previous episode. Serene went on a second, one-on-one date to Galveston Island Historic Pleasure Pier with Clayton. The duo enjoyed some amusements ride and some fun games together. Serene and Clayton ate ice cream cones as he shared his story of working in the amusement park. Serene received a rose after sharing the story about losing her family members two years ago and how she had to live as a single mom.

Next, Clayton invited the winners of the group date to the cocktail party. Sierra talked to Clayton about Shanae’s rude behavior during the group date. He pulled Shanae aside as she apologized to him and the ladies for her behavior. During the rose ceremony, Jill, Lyndsey, and Sierra were sent home by Clayton. Moreover, he announced that the 12 ladies will be heading to Toronto with him in The Bachelor Season 26 Episode 5.

In Toronto, the ladies explored the city and took a first look at their hotel. Gabby went on a one-on-one date and took a helicopter ride with Clayton to Downtown Toronto. They played hockey and enjoyed some fried dough pastry in the park. Gabby discussed her life troubles and how close she was to her mom. Clayton gave Gabby a rose, after which the duo went for a night swim.

Rachel, Sarah, Serene, Marlena, Susie, and others went on a group date at the Distillery District, where they were surprised by Jesse. Clayton welcomed comedian Russell Peters on the show. The women were tasked to perform a stand-up comedy for the waiting audience. The girls tried their comedy skills, with most of them targetting Shanae.

Marlena was quite impressive, while Sarah felt Mara was a cougar due to a nine-year gap. Eventually, Rachel won the group date rose. Then, Shanae and Genevive went on a two-on-one date with Clayton. The trio went sailing on a boat at the Niagra falls as they passed along the Niagra River in The Bachelor Season 26 Episode 5.

If you miss ABC’s broadcast, you can stream the upcoming episode on the network’s website and ABC app. Moreover, the current season is available to stream on DirecTV, Fubo TV, Hulu+Live, and YouTube TV. So, don’t miss out on the sixth episode and keep coming back for more exciting episode previews only on TechRadar247.com. 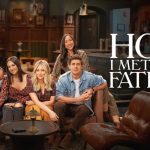