It seems like Paul would be conflicted between joining Marcus or working for the Trust in Raised By Wolves Season 2 Episode 4. He will be dealing with the dilemma while dealing with the pressure from the Trust. Elsewhere, the Mother and Father will try to solve the mystery behind the Marine Team’s murder in the next episode. So, continue reading further to learn all the necessary details about the fourth episode.

Raised By Wolves Season 2 Episode 4 Precap: What Will Transpire?

The fourth episode of Raised By Wolves Season 2 is titled “Control.” Paul will have to decide if he joins Marcus and acts as a double agent for the Trust or believe in Marcus and Sol. Moreover, the Mother proved that the Serpent did not kill the Marine Research team as it was an herbivore. Thus, the mystery about the team’s killer thickens in the upcoming episode. Meanwhile, we will also see how the Father’s feelings evolve like a human and what he does next after getting swayed by his emotions.

Meanwhile, in Raised By Wolves Season 2 Episode 3, the Father and Hunter visited a woman named Nerva in pursuit of fuel-blood. He fought with an industrial android for money to pay the woman. The birth of the Serpent following Marcus’ defeat left the Father conscious about his masculinity. He managed to defeat his opponent in the presence of Hunter, Tempest, and other atheists to prove his superiority.

Elsewhere, Marcus contacted his fictitious son Paul which generated the Trust’s interest. Paul was summoned by the Trust, as he used his mouse to access Paul’s information. Paul was forced to choose between turning Marcus in or joining him and the Mithraic cult. He knew that the Trust had already prepared to search and destroy against Marcus in Raised By Wolves Season 2 Episode 3.

HBO Max will broadcast Raised By Wolves Season 2 Episode 4 on February 17, 2022. The network airs a new episode weekly on Thursdays at 3:00 a.m. ET. The show is available exclusively on HBO’s streaming platform. So, don’t miss out on the fourth episode and keep coming back for more exciting episode previews only on TechRadar247.com. 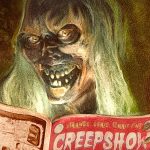 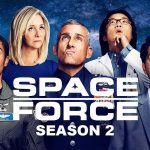