The workplace comedy-drama follows a group of professionals tasked to establish the sixth branch of theUS Armed Force named the United States Space Force. General Mark Naird is responsible for leading the crew in a mission to get “boots on the moon by 2024” as per the President’s instructions. Naird is promoted to a four-star general as he hopes to become the Air Force’s Chief of Staff. Instead, he is appointed as the Chief of Operations of the newest branch, the Space Force.

Naird accepts the challenge and moves with his family to Colorado to supervise the new Space military team. He joins a team of witty scientists and spacemen to build a moon program in the midst of all the obstacles. So, when does the series return for Space Force Season 2? Let’s find out!

The series was announced in early 2019, and the first installment premiered in 2020. Space Force was renewed by Netflix a month after the show’s debut in November 2020. However, it managed to gross a shaky rating of 6.7/10 on IMDB and 39% on rotten Tomatoes. Despite the low ratings, the streaming platform decided to go ahead with the second installment.

The second run of Space Force was set to begin production in Vancouver, Canada, to lower the production cost after the renewal. Finally, the filming for the second installment began in May 2021. The production came to a close in June 2021. Hence, Netflix is all ready to release Space Force Season 2 very soon.

Space Force Season 2: What Will Happen?

During the first season finale, the Joint Chief of Staff debated the legality of China’s actions and discussed the possibility of a war. Mark feared that the response from his space team could lead to a domino effect, resulting in a nuclear war. Mark suggested mild alternatives for the habitat assault, and the Joint Chiefs concurred. However, the Defense Secretary overruled them and ordered Mike to destroy the Chinese base. Mark reluctantly ordered his crew to arm the Habitat One as the team began preparing for weapons use.

Further, Adrian resigned from his position while Mark changed his mind. He decided to conspire with Adrian and disobey the orders to attack the Chinese base. Mark ordered his crew to disassemble their weapons and use the parts for habitat modification.

Eventually, the President got wind of mark’s defiance. He sent Grabaston to establish a military coup. Soon after, the Airforce team stormed in and arrested Duncan, Mark, and Adrian. Elsewhere, Erin vandalized Kelly’s car and was fired from her job. She joined a group of suspicious men who wanted to do drugs.

Hence, Mark escaped the facility after getting a call from Erin. He took a helicopter to save Erin while maggie and Louise escaped from the prison. He picked them up too while the Habitat crew returned from their sabotage mission. However, Mark turned the helicopter around after finding out that the Chinese destroyed the American base completely at the end of the first season.

General Naird will return to reestablish his Space Force during the second season. He will have to regain the President’s trust, as he will need funding to set up his department all over again to respond against china’s attack in space. Things are expected to get tricky as a lot of humor rolls out in Space Force Season 2.

The lead cast members returning for the second installment could be Steve Carell as General Mark Naird. John Malkovich as Dr. Adrian Mallory, and Ben Schwartz as F. Tony. Moreover, Diana Silvers as Erin Naird, Tawny Newstone as Angela Ali, Jimmy O. Yang as Chan Kaifang, and Don lake as Bradley Gregory will also join the cast for the second run. Several other cast members, including the recurring and guests stars, are also expected to appear in Space Force Season 2.

Netflix will premiere Space Force Season 2 on February 18, 2022. The streaming giant will drop all the episodes of the second season at 3:00 a.m. ET on the streamer. We can expect an episode count of ten, similar to the first installment. And each episode of the current season will have around 20-30 minutes of estimated runtime.

Will There Be A Season 3?

Netflix has not made any announcements regarding future installments after the second season. Moreover, the series began on a rocky note with average ratings. Thus, Netflix will closely observe the audience’s response to the second season. So, if Space Force Season 2 manages to perform well, we can expect to see a third installment coming ahead in 2023. Till then, stay tuned for more exciting new updates about your favorite TV shows only on TechRadar247.com. 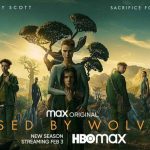 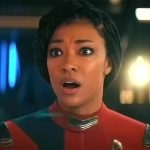