The famous sitcom follows Mike Baxter, a senior executive and marketing director of an outdoor sporting chain store situated in Denver, Colorado. Mike is married and has three daughters along with a grandson. Last Man Standing also depicts his interactions with young men who are married to or dating his loving daughters. The series aired 194 episodes in total throughout nine seasons. So, will the sitcom return for Last Man Standing Season 10. Keep reading further to find out!

Last Man Standing Season 10: Will The Sitcom Return For Another Installment?

Fox decided to conclude Mike Baxter and his family story in the ninth season. The network announced in May 2021, ahead of the ninth season’s finale, that the sitcom would not return for Last Man Standing Season 10. Fox revived the series after ABC decided to cancel the show after three seasons in 2018. Last Man Standing was the second-highest-watched sitcom on ABC. But, the network decided to cancel the show as they felt that it was being too conservative. The decision was met with a lot of outrage from the fans, who came out with petitions to revive the series.

Micheal Thorn, the Entertainment President for Fox, told Deadline that Last Man Standing turned out to be relatable to the families while taking bold stands and depicting unique perspectives with great humor. Thorn also praised Tim Allen, the producers, and the immaculate cast of the series. He believes that the sitcom would go down as one of the most meaningful comedies on television. He also added that the show planned to provide a proper farewell to its loyal fans at the end of the ninth season.

Last Man Standing’s lead actor Tim Allen reminisced the beautiful memories of working on the show during a TCA panel. He revealed that it was hard to let go of the show after almost a decade. Tim enjoyed every bit of it with all the people that have been involved in the project over the years. Hence, even if fans would be hoping to see Last Man Standing Season 10, it is highly unlikely that the show would be revived a second time. However, fans would be thrilled if the series returned for season 10.

If Last Man Standing Season 10 happens, fans can expect the lead cast member Tim Allen to return as Mike Baxter. Mike is a father and a marketing director who supports conservative and traditional values. He often ends up in complicating situations with the men his daughters are dating or married to.

Moreover, Nancy Travis is expected to return as Mike’s wife, Vanessa Baxter. She starts off as a geologist and becomes a high school science teacher after being frustrated with her job. After being laid off from high school due to budget cuts, she started her own tutoring business.

Last Man Standing Season 10: When Will It Return?

Fox has decided not to go ahead with the tenth installment. Thus, Last Man Standing Season 10 will not be returning on Fox. However, fans came up with a petition for the show’s revival after ABC canceled the show in 1017. Thus, if history repeats itself, fans can expect the tenth installment to be revived by another network in the future. So, stay tuned for more informative new updates only on TechRadar247.com. 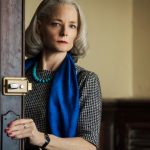 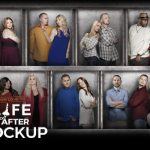