It seems like the feds will be dealing with a religion-sensitive terrorist issue in FBI Season 4 Episode 13. They will be investigating the death of two Muslim brothers who could have been involved in some illegal activities. OA will struggle to take a side while working with an anti-terrorist agent in the upcoming episode. Hence, keep reading ahead to learn all the necessary details about episode 13.

The thirteenth episode of FBI Season 4 is titled “Pride and Prejudice.” The FBI team will be investigating the murder of a Muslim college student and his younger brother in the upcoming episode. It turns out that the murders are connected to the outraged Imam of OA’s former mosque. However, the Imam believes that the victims were wrongly perceived as terrorists.

OA will be challenged to reconsider his loyalties while working on the case with a Muslim anti-terrorist agent. The agent is hell-bent on taking any means necessary to solve the mysterious murders and uncover the terrorist scandal.

In the previous episode, Maggie went undercover and worked at a bar while chasing an anti-government group. She stole one of the extremists named Eric Park’s phone and told it to the surveillance van, where Ian copied all the information. Unfortunately, Eric’s phone had nothing to connect the group to the recent bombings. Maggie slowly put the fan back on the bale without getting noticed.

Another bomb went off at Councilman Doug Archer’s office. Interestingly, the extremists were present at the bar when the bomb blast blasted. Scolla and Tifanny tracked the man who delivered the package at Doug’s office after talking to his secretary. The man told the officers that he was paid to deliver the package to the given address.

Further, in FBI Season 4 Episode 12, Maggie tried to convince an extremist named Dominique’s friend, Colin, to wear a wire. However, he was not ready to risk his life. So, Maggie planted a bug in the secret meeting room to hear what the group was talking about. The feds raided a possible meeting location. But, the extremists had already left the premises. The feds also tracked down the bomb maker who created bombs for the terrorist group. Scola and Tifanny found the truck’s picture during the investigation. They believed that the next bomb could be in a truck to have maximum impact.

The extremists suspected that there was a mole among them. They had doubts about Colin and Maggie. However, Maggie managed to remove the hearing device from the meeting room. The extremists decided to take Colin down to confirm their suspicions. However, Dominique went to warn Colin about it and was arrested by Omar. Dominique confessed their third target to be a homeless shelter in Fort Green. Junkies began hanging out at the place.

Moreover, one of the homeless men from the shelter killed Dominique’s sister. The team rushed to the shelter and arrested James and Eric. Maggie jumped into the truck and drove it to an open area as they had no time to defuse it. She managed to jump out of the truck moments before the explosion. Eventually, Maggie told Omar that she was tired of letting people die due to her lack of judgment in FBI Season 4 Episode 12.

The show is returning after a small break due to the Winter Olympics broadcast. Finally, CBS will air FBI Season 4 Episode 13 on February 22, 2022. The network will continue airing a new episode weekly on Tuesdays at 8:00 p.m. ET. And each episode of the fourth season will have 45 minutes of estimated runtime.

If you miss CBS’s broadcast, you can stream the latest episode on the network’s official website and Paramount+. Moreover, the current season is available to stream on DirecTV, YouTube TV, Fubo TV, Hulu+Live, and Xfinity. So, don’t skip the returning episode and keep returning for more exciting episode previews only on TechRadar247.com. 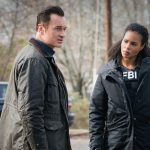 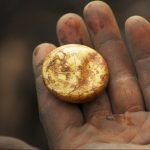