It looks like Upton will witness a horrible car crash while jogging in Chicago PD Season 9 Episode 13. She will risk her life to save the passengers while trying to know more about them. Moreover, the team will be busy tracking down the culprit responsible for the brutal accident in the upcoming episode. So, continue reading to know all the details about the returning episode.

The thirteenth episode of Chicago PD Season 9 is titled “Still Water.” Upton witnesses a horrific car accident during her jogging routine in the next episode. She will risk her own life to save the life of the passengers stuck inside the car. She will try to learn more about the victims. Meanwhile, the team would be busy tracking down the man responsible for the brutal crash in the upcoming episode.

A detective found a young man’s body in the dumping yard in the previous episode. Voight and Halstead responded to the detective’s call and showed up at the yard. The mark on the man’s neck suggested he might have been involved with a deadly gang called the Los Temidos. Voight and Halstead tried to talk to the man’s cousin due to his associations with the gang.

Unfortunately, the cousin was found dead. The officers noticed the same neck patterns on the victim. They found a car parked outside the cousin’s house and tracked a woman named Blanca, who owned it. Blanca worked in a Mexican bakery chain called the Carabo. The duo went to the bakery and met the owner, who revealed that Blanca had called in sick.

Further, in Chicago PD Season 9 Episode 12, Adam and Kim tried looking for Blanca. She was found shot dead in a car. They retrieved the bullet and tested it. The officers connected the bullet to another Los Temidos killing that happened last year. They tried to find the gun while keeping a close eye on the key gang members. Adam and Kim followed the gang’s shooter, Paco, who was close to the leader. He was seen taking a huge cash payment from the bakery’s owner. The team discovered that the bakery’s owner was the leader of Los Temidos.

Voight sent Anna to retrieve the gun from paco’s house. However, Paco caught and was about to kill her when Voight rushed in with the team. They arrested Paco and tried to convince him to give up Escano, their leader. He threatened Voight that Anna’s life was in danger. So, Halstead used Paco’s child and his ex-girlfriend to force Paco into confessing. However, they could not get solid evidence to apprehend Escano. So, Anna went undercover and began working at the bakery. Sadly, Escano got to Paco under police custody and got him killed in Chicago PD Season 9 Episode 12.

The ninth season is returning after a small break due to the broadcast of the Winter Olympics. Finally, NBC will air Chicago PD Season 9 Episode 13 on February 23, 2022. The network will continue airing a new episode weekly on Wednesdays at 10:00 p.m. ET. Also, each episode of the current season will have 45 minutes of estimated runtime.

If you miss NBC’s broadcast, you can stream the latest episode on the network’s official website and the NBC app. Moreover, the ninth season is available to stream on DirecTV, Hulu, Hulu+Live, Fubo TV, Peacock TV, Sling TV, USA, Network, And YouTube TV. So, don’t skip the thirteenth episode and keep coming back for more informative episode previews only on TechRadar247.com. 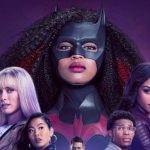