Finally, after a short midseason break, Grey’s Anatomy Season 18 Episode 9 is back to answer the big question- how died in the car? Well, Owen and Teddy were in the same car. But in the middle, the driver had a stroke which led to the car crash.

However, fans are curious to know the fate of Farouk, Owen, and Teddy. However, Teddy somehow managed to rush to the hospital. So there’s a possibility that Farouk gets the surgery on time. But will the surgery succeed? Let’s see!

Grey’s Anatomy Season 18 Episode 9 Preview: What Will Happen Next?

Grey’s Anatomy Season 18 Episode 9, titled “No Time To Die,” is written by Krista Vernoff, while Linda Klein directed it. The last episode left fans wondering whether or not Owen Hunt will survive. The trailer suggests that the rescue team will soon appear to help Owen get him out of the car. However, things aren’t that simple at all. As we can see in the clip, the drop is 100 feet, and Owen is stuck inside the car.

The current episode will serve as the biggest crossover between Grey’s Anatomy and Station 19. The Station 19 team will try its best to save him. However, it seems like the person’s life is on the line. In the trailer, they quickly rush to the hospital. But it looks like things won’t be smooth for them. When Ben says a civilian down there and shortly a body bag appears on the video, and Robert Sullivan tells that there’s no pulse. Will it mean that Owen dies in the upcoming episode? Let’s see!

Owen Will Be Safe!

While Grey’s Anatomy’s fans are curious to know what will happen to Owen, there are rumors surfacing that he might die. Well, we shouldn’t forget that the driver had a stroke in the middle of the midseason finale. So, there’s the possibility that Ben is talking about the driver who had died already and not about Owen. Further, Grey’s Anatomy’s characters look bewildered in the midseason premiere. As we can see, Megan is crying. But it remains unclear whether she’s crying over Farouk or Owen.

Meanwhile, Hayes is also rushed to the hospital and will soon catch up with Teddy, who’s finally brought the organ with him in time. Later, Hayes and Meredith talk about the car accident, which at first didn’t appear as something to concern. But in no time, things change drastically, and Hayes asks Teddy, “what happened in that car.”

In the previous episode titled “It Came Upon A Midnight Clear,” Owen feels miserable after learning Noah passed away, and Megan appears depressed. Meanwhile, Teddy, Cormac, and Owen finally found a donor heart for Farouk. But in the middle of driving, the driver suffers a stroke, and the car is stuck on the edge of a valley. However, Teddy somehow manages to leave the car with the organ and heads straight toward the hospital. While Owen still remains inside the car, which is now sliding down the slope.

On the other hand, Meredith and Amelia travel to Seattle for David’s big surgery. However, unfortunately, it got delayed due to David having a bowel perforation. Maggie appeared worried too. Meanwhile, Levi showed up during a surgery where the patient appeared bleeding on the surgical table. Jordan, the new resident, asked Bailey to work with him. Elsewhere, Link practiced to propose to Amelia, who kissed Kai.

Grey’s Anatomy Season 18 Episode 9: When Will It Premiere?

Well, there’s no time left to watch Grey’s Anatomy Season 18 Episode 9, titled “No Time To Die.” The ninth episode is all set to air on Thursday, February 24, 2022, at 9 pm ET only on ABC. You can also watch the ninth episode on Hulu. So don’t miss it. Stay tuned for more such updates. 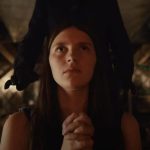