It seems like Shaun and Lea will find themselves at crossroads after he finds the truth in The Good Doctor Season 5 Episode 8. The two will have a discussion about their relationship after he decides to call off the wedding. Moreover, Lim will do all she can to expose Salen in the upcoming episode. So, continue reading ahead to learn all the necessary details about the eighth episode.

The Good Doctor Season 5 Episode 8 Precap: What Will Happen?

The eighth episode of The Good Doctor Season 5 is titled “Rebellion.” Shaun has decided to call off the wedding after finding that lea hid the truth about the hospital review from him. He will have no choice but to confront lea about their relationship. Shaun will try to determine what he really means to Lea in the returning episode. Moreover, the team will have a debate about their opinions on plastic surgery.

Further, Lim might team up with Shaun and Lea to expose Salen’s coverup over the death of an infant due to expired medicine. Thus, we can expect to see something bad coming Salen’s way in the eighth episode.

The seventh episode of The Good Doctor Season 5 was titled “Expired.” Glassman was surprised to see his ex-wife Ilana Reeves. She wanted him to see her new husband, Sunil, who suffered from Lewy Body Dementia and signs of a tumor. Glassman was hesitant at first, but he agreed to try after a little convincing from Ilana. Ilana forgave Glassman for their daughter’s death and advised him to stay with Shaun in San Jose. Moreover, Glassman decided to operate on Sunil and managed to remove his tumor successfully.

Elsewhere, in The Good Doctor Season 5 Episode 7, Shaun and Lea went to see the church as a wedding venue. On their way back, they witnessed a multiple car accident. Shaun and Lea rushed a 26-week pregnant woman named Alma Garcia to St Boulevard. The doctors were forced to do a C-section, but the medicine needed to treat the baby was expired. Shaun tried to improvise, but he could not save the baby due to lack of oxygen.

Lim then confronted Salen about the expired medicine. Salen advised her to keep the issue under the wraps until an investigation was conducted. But Shaun’s agony of losing the baby due to the expired medicine turned into a breakdown when he discovered that Lea deleted his bad hospital reviews. Although Shaun was finally comforted by Glassman at the end of The Good Doctor Season 5 Episode 7.

Season 5 is returning after a long mid-season break. The previous episode aired on November 7, 2021. Finally, ABC will broadcast The Good Doctor Season 5 Episode 8 on February 28, 2022. The network will continue airing a new episode weekly on Mondays at 10 p.m. ET.

If you miss ABC’s broadcast, you can stream the latest episode on the network’s official website and the ABC app. Moreover, the current season is available to stream on Hulu+Live, and Fubo TV. So, don’t miss out on the eighth episode, and keep coming back for more thrilling episode previews only on TechRadar247.com. 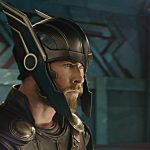