It looks like the whole family will be gathering at their home for the Thanksgiving dinner in This Is Us Season 6 Episode 7. Rebecca will make a huge announcement that might affect the family members in the upcoming episode. Moreover, Kate and Philip will be dealing with some insecurities about her son jack. Unfortunately, the seventh episode has been delayed for a week. But, continue reading ahead to learn all you need to know about the seventh episode.

This Is Us Season 6 Episode 7 Preview: What Will Happen Next?

The seventh episode of This Is Us Season 6 is titled “Taboo.” Rebecca will be making a huge announcement during the Thanksgiving dinner in the upcoming episode. The whole family will gather for the special occasion as we witness all the love between them. However, each member will be confronting some personal dilemmas, which could make the family dinner a little awkward. Moreover, Kate will ask Philip if he is afraid of their son Jack getting fat like her.

Beth organized her first ballet show with her new dancers in the previous episode. Rebecca introduced the kids to Matt as the truth about her seeing him finally came out. Beth struggled to choose 15 students out of the 200 applications that she received for her class. But Randall reassured Beth and told her to follow her instincts. One of the students, Stacy, worked hard to get ready for the fall showcase. Beth also felt confident in her abilities as her father once told her that she was one of a kind.

Further, Beth offered to help Stacy after seeing her practicing late in the gym. Stacy revealed that her father wanted her to be a lawyer. Beth also told that her mother wanted her to be an educator. Beth used their connection to motivate Stacy. In the past, Rebecca took Matt home, unaware that her kids Miguel, Kevin, Sophie, and Kate were home. The kids came home early from the grocery store. Rebecca then introduced Matt to the kids, and an awkward silence prevailed until Rebecca asked Matt to stay for dinner.

Moreover, Rebecca laughed when Miguel commented that Matt practically invited himself over during the cooking. Later, Miguel apologized for criticizing Matt. Rebecca introduced Miguel as her best friend as Matt hesitated to acknowledge her. She also accepted Matt’s request to invite his former partner for Thanksgiving.

At the brunch, Kate, Madison, Elijah, and Kevin discussed how Madison planned on spending Thanksgiving at the Person’s cabin. Kevin tried to convince her to attend a live show of “The Manny.” He invited Madison and Elijah to join him. At the show, Madison told Kevin that she did not want to go to the cabin for Thanksgiving. However, she wanted to stay at the twins’ house and spend some time with Elijah in This Is Us Season 6 Episode 6.

This Is Us Season 6 Episode 7: Airing Date

Sadly, the upcoming episode will not be returning this week. NBC will air This Is Us Season 6 Episode 7 on March 8, 2022. The network will continue airing a new episode weekly on Tuesdays at 9:00 p.m. ET. And the sixth season will feature a total of 18 episodes.

If you miss NBC’s broadcast, you can stream the upcoming episode on the network’s official website and the NBC app. Moreover, the current season is available to stream on Hulu, Peacock, and Hotstar. So, don’t forget to watch the seventh episode and keep coming back for more thrilling episode previews only on TechRadar247.com. 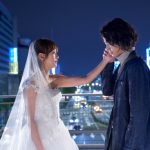 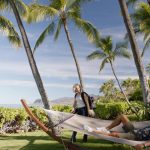