Paramount+ has recently concluded the fifth installment of its famous military drama series, Seal Team. The final episode of the fifth season found the Brave team under a missile attack in Mali. After a cliffhanging conclusion, fans are eagerly awaiting the show’s return for Seal Team Season 6. The fifth season comprised a total of 14 episodes, taking the team on a series of deadly adventures and confrontations while dealing with loss and personal life issues.

The military drama follows the professional and personal lives of the specialized unit of Navy Seals, the Bravo Team. The team trains, plans, and executes some of the most dangerous and high stake missions. They exist in the shadows organizing secret operations across various parts of the world to protect America and its citizens. So, will the series return for Seal Team Season 6? Continue reading ahead to find out!

Fans would be thrilled to know that Paramount+ has already greenlit another season of the Seal team. The streaming platform confirmed Seal Team Season 6 in February 2022, a few weeks after the fifth season’s conclusion. Moreover, the upcoming season will feature only ten episodes. Hence, Seal Team Season 6 will be the smallest one of the series as other installments comprised more than ten episodes.

The show moved from CBS network to Paramount+ in May. The renewal did not come as a big surprise to the fans. The streamer announced that Seal Team became the most-watched original drama series on the platform. Hence, the network has announced to go ahead with another season of the famous military drama. In addition, the series has managed to gross an overall rating of 7.8/10 on IMDb. Thus, the renewal seemed to be a smart move for the streaming network. And fans can expect to see the sixth installment sooner than our expectations.

Seal Team Season 6: What To Expect?

The fifth season finale left the Bravo team’s fate hanging by a thin thread. Jason Hayes tried to find Mandy Ellis with Sonny’s help. He also tried to reconcile with his daughter Emma for not being there. Moreover, Clay Spenser and Stella welcomed a baby boy to their family. He also resolved the differences with his best friend, Sonny. While Jason and Clay dealt with changes in their family, the Bravo team was deployed to mali on a dangerous mission. The team traveled in the war zone with two vehicles. Sadly, one of the cars blew up while armed tangoes attacked the other. Clay was hit in the eye by shrapnel was Jason got shot in the shoulder. Eventually, the Bravo team was pinned down in mali with RPGs raining all around them. Hence, the Bravo team was left surrounded at the end of season 5.

Thus, the sixth installment will depict who survives and who loses their lives. Seal Team Season 6 is expected to take us on a new journey as some crucial members might be leaving the series due to some conflicts. Moreover, viewers will see some new characters on the show. As some of the members of the Bravo team might not survive in Mali. Moreover, the upcoming installment will take the Bravo team on some unimaginable and deadly adventures while dealing with personal life challenges in Seal Team Season 6.

The lead cast members expected to return for another season as David Boreanaz as Jason Hayes and Neil Brown Jr. as Raymond Perry. Moreover, Toni Trucks as Lisa Davis, and Judd Lormand as Eric Blackburn will appear in Seal Team Season 6. In addition, Jessica Pare is also expected to be seen as Amanda Ellis.

However, the sixth installment might miss out on one of its crucial stars. Max Thieriot, who plays Clay Spencer, might not be available during the production of season 6. He might be busy working on the CBS drama Cal Fire. He started out as a writer and executive producer on the show. However, Max is all set to feature in Cal Fire’s pilot. Hence, he might not be a part of the next season. So, fans can expect some new addition to the Bravo team during the upcoming season.

Paramount+ has renewed the military drama for a sixth run. The renewal came out in February 2022, and it takes around 6-7 months for the creators to produce a season. Hence, viewers can expect to see Seal team Season 6 somewhere between October-December 2022. In addition, the upcoming season will feature a total of ten episodes. So, stay tuned for more informative news updates about your favorite TV shows only on TechRadar247.com. 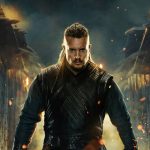 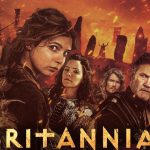