While the time of writing the story, the creator has made it clear that The Last Kingdom Season 5 will mark the end of this saga. However, after watching the fifth season, fans are clamoring for The Last Kingdom Season 6. Can they change the creators’ and Netflix’s minds? Well, it’s a long way to go. But the series star Alexander Dreymon recently spilled that it isn’t the end of the saga. Let’s see what they are cooking for us.

Based on Bernard Cornwell’s novel series titled The Saxon Stories, The Last Kingdom revolves around the life of Uhtred, whose elder brother was killed by the Danes. In fact, his father and Saxon noblemen all died in the battle. Only his stepmother and uncle survived. However, they captured him and a girl named Brida and took them as slaves. Time passes, Earl Ragnar, who captured Uhtred, was burned alive by the Danes, and his daughter was captured as a slave.

The Last Kingdom Season 6: Is It Renewed Yet?

Unfortunately, not! Netflix hasn’t renewed the show for the sixth season. This is because the decision had already been made that The Last Kingdom would end with the fifth season. However, Netflix hasn’t canceled the show either. So, there is no need to fret. Back in the dates, when the first season of the show went into development, they mapped out that the show would end up with the fifth run. At that time, The Last Kingdom novel only had nine novels, while Bernard Cornwell came up with the tenth novel during the time of filming.

The creative team had always wanted to end the show with the fifth season. But Alexander Dreymon revealed that the streamer hadn’t canceled the show in a press release. It means anything could happen now. They had ten books to cover. So, it let them presumed the show to end with the fifth season. But it doesn’t mean that it would be the end of the saga. In fact, more to come in the franchise. However, he seemed happy with how far they had come.

The executive producer Nigel Marchant revealed in an interview with RadioTimes that it was a joint decision between Netflix and the production company Carnival. EP stated it feels like the right time to end this series. He added you always keep on improving to stay on top. You can tell plenty of stories in ten hours, so they have to stay careful not to repeat anything. Well, it’s challenging to make such a brilliant story that revolves around the battle. He added they wanted to wrap up in a way that everyone finds it satisfactory, and they believe they did it well.

Is It The End Of Saga?

Fortunately, not! The time when the production company announced that the fifth season would be the final season of the show, Carnival also announced that they were looking forward to creating a sequel film. The sequel film titled “Seven Kings Must Die” was in the development stage. During The Last Kingdom’s MCM London Comic-Con panel, Dreymon stated that they had only ten books to refer to while the time of filming. So they always supposed the fifth season as the last season.

However, they are extremely excited to expand the franchise. Well, the series received so much love, which gives them hope to come up with a sequel film. Dreymon also confirmed that the movie would start filming in 2022. As of now, the filming is currently in the midway and takes place in Hungary. However, it doesn’t count as The Last Kingdom Season 6. It will be a standalone movie, while the fifth season will serve as the final season of the show. 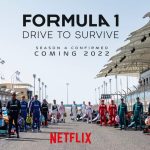 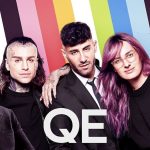