Mel, Maggie, and Harry are finally returning for Charmed Season 4 Episode 1. But they will struggle to get over Macy’s death. Mel will go rogue while Maggie and Jordan will go after the demons. meanwhile, the sisters will finally come across the new charmed one as they try to save their cousin in the premiere episode. So, keep reading ahead to know all the necessary details about the first episode.

The premiere episode of Charmed Season 4 is titled “Not That Girl.” Mel and Magie will struggle to get over the loss of their sister Macy. Mel will distract herself with flings at the magical hotspot and the Blue Camellia bar. Meanwhile, Maggie will risk her life while constantly hunting the demons down. Jordan will team up with Maggie to hunt the demons with his newfound powers.

Elsewhere, Harry will struggle to get over his lost love. An unsuspecting young woman lives in Philadelphia. She works as a mechanic during the day and a muralist by night. But the woman will suddenly get pulled into a whole new world as she comes face to face with the woman from her dreams. Mel, Maggie, and Harry will try to find more about this mysterious person named Josephina, who vanishes while on her way to a pixie-pledging ceremony. They will have to rely on their new third one to help their cousin and find if she is indeed the Charmed one they have been looking for.

During the third season, the Vera sisters were up against the Whispering Evil. He had the power to control people’s minds and drive them to do unimaginable things Sadly, Macy was possessed by the Whispering Evil and her life was in danger. In order to stop Evil from destroying everything, Macy decided to sacrifice herself. She found a deadly lichen, the only herb that was capable of poisoning their enemy.

Meanwhile, Mel, Maggie, and Harry did everything they can to save Macy’s life. Harry put his life on the line to save her life. The only way to destroy the Whispering Evil was to ingest the poisonous plant. Macy was not killed by the plant. She was killed due to an explosion and attack on her cells while the Whispering Evil died inside her. The sisters and Harry were heartbroken by the loss of their loved one. And Mel and Maggie wondered if it was the end of The Power Of Three.

Luckily, the sisters realized that they did not lose their power. The Guardian informed that there was another charmed one out there. Lucy Barrett will appear as the new charmed one to complete The Power of Three during the fourth season. Hence, it will be interesting to see how Mel and Maggie come across the new charmed one in Charmed Season 4 Episode 1.

The CW will premiere Charmed Season 4 Episode 1 on March 11, 2022. The network will continue airing a new episode weekly on Fridays at 8:00 p.m. ET. And the current season is expected to feature a total of 13 episodes. Hence, the fourth season will be a little shorter than usual.

If you miss the CW’s broadcast, you can stream it on the network’s website and the CW app. So, don’t miss out on the first episode and keep coming back for more exciting episode previews only on TechRadar247.com. 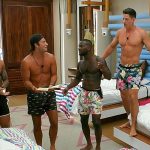 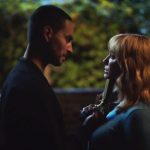