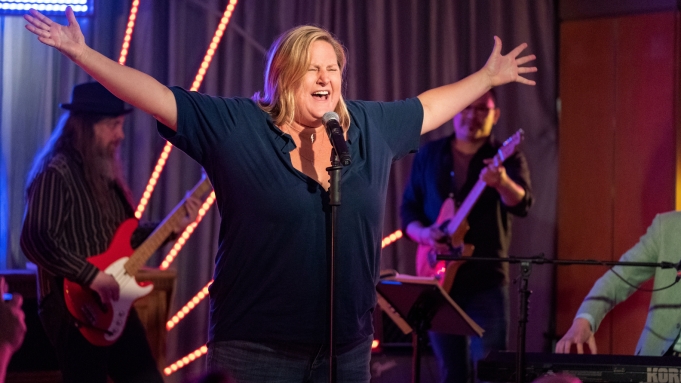 HBO’s Somebody Somewhere is a comedy-drama series that beautifully handles themes like grief, self-love, healing, etc. The series developed by Hannah Bos and Paul Thureen revolves around a woman named Sam, who is trying to cope with the death of her sister. Ever since the first season concluded on HBO, fans have been waiting for Somebody Somewhere Season 2. But will it happen? Let us find that out below-

When Is Somebody Somewhere Season 2 Coming?

While announcing the renewal, HBO’s Executive VP of Programming Amy Gravitt stated, “We’re delighted to have Hannah and Paul remind us all where we come from in another season of ‘Somebody Somewhere.” Although we do not have any details about when will the production for the second season will start. However, we assume that Somebody Somewhere Season 2 will arrive sometime around mid-2023.

While talking about the series, the series actress Bridget Everett said, “It’s inspired by if I’d never moved to New York, what my life might be like. And the other parts that are in concert with my real life are the grief of losing a sister and then also the complex relationship I have with music and singing and what it means to me and how it informs my life and who I am.”

She also added, “I’m sure I’m still going to get s–t from some of my friends back home about how I didn’t nail this or nail that, but we really tried hard to make it as Kansas-y as we could.”

Is It Based On Real Story?

‘Somebody Somewhere’ is based on a real account in part. Bridget Everett, the series’ primary actress, was inspired by her own experiences. Everett is a well-known actor, comedian, singer, writer, and nightclub entertainer. As the youngest of six siblings, the 49-year-old Kansas resident was born and reared in Manhattan, Kansas. Sam shares various characteristics with Everett, aside from the fact that they both live in Manhattan, Kansas. This includes her involvement in a school choir and her subsequent return to music as an adult.

Some sections of ‘Somebody Somewhere’ diverges from Everett’s life as well. In the series, Sam has an appealing relationship with her father Ed, but Everett was not close to her parents in real life. Furthermore, the actress is far more talkative and lively in person than Sam, who is depicted in the series as cynical and shy.

Though ‘Somebody Somewhere’ is not entirely based on a true story. The show beautifully depicts the challenges of middle-aged folks and small-town communities. It also genuinely covers the themes of despair, self-doubt. And the need for love and acceptance, and breaking free from one’s inhibitions to become free.

Why Sam Is The Most Intelligent Character In The Series?

Sam is one of the finest characters on the show. And she’s a big reason why this series will undoubtedly go down in history as one of the best HBO shows of recent years. She is a study in paradoxes since she can be strong and motivated to say what she wants at times. She can also be quiet and self-effacing at other times. Gradually, though, she demonstrates that she possesses the perfect mix of intelligence to choose what kind of life she wants to live in Manhattan and to chart the best course to achieve her numerous objectives. 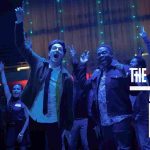 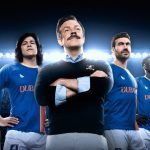