It seems like Salen will get the wind of Lim’s resistance against her in The Good Doctor Season 5 Episode 10. With that, Salen will be forced to take some critical measures to save her position at the hospital. Meanwhile, the doctors will be treating two cancer patients with complications. Shaun will struggle with his decision to quit. So, keep reading to know all the updates about the tenth episode.

The Good Doctor Season 5 Episode 10 Precap: What Will Happen?

The tenth episode of The Good Doctor Season 5 is titled “Cheat Day.” Salen will be forced to take some extreme measures. She will discover that the surgical staff had decided to join Lim’s efforts to take Salen down. Moreover, the doctors will be treating a liver transplant patient who gets cancer from his organ donor in The Good Doctor Season 5 Episode 10.

Further, Jordan, Asher, and Andrews will perform surgery together. They will look to find a surgical solution to remove a pregnant surrogate’s cancer in a manner that she would not need a hysterectomy to survive. Shaun will struggle with his decision to leave the hospital while more doctors might end up joining Lim’s resistance.

Lea stayed with Jordan in the previous episode after her fight with Shaun. Jordan urged Shaun to let go of his doubts about Lea. Moreover, Lim was demoted as the chief of surgery and Andrews replaced her. She also received a job offer but Lim decided not to take it. Instead, she tried to enlist the doctor to help her take Salen down. Park and Glassman agreed with Lim but Shaun, Jordan, and Morgan decided against it.

Further, in The Good Doctor Season 5 Episode 9, the doctors treated a pop star who needed an electronic device to speak. Shaun tried to tell the star and her team that the surgery was too risky and she could lose her life. But, the singer decided to go ahead with it anyway. Unfortunately, the pop star began to bleed out on the surgery table as Shaun and the team managed to save her life somehow.

Meanwhile, the team treated a man named Joe whose son Cody suffered from Kabuki Syndrome. Joe decided to take surgery to restore his immovable arm. However. the surgery resulted in him getting quadriplegic. Soon after, Cody suffered from a panic attack and had to be admitted to ICU. Morgan found a small tumor on Cody’s pancreas. He removed the tumor and Cody was able to walk again. Shaun and Lea reconciled while the former decided to quit the hospital. He was disgusted by how Salen changed Andrew for the worst in The Good Doctor Season 5 Episode 9.

If you miss ABC’s broadcast, you can stream the latest episode on the network’s website and the ABC app. Moreover, season 5 is available to stream on Hulu+Live and Fubo TV. So, don’t forget to watch the tenth episode and stay tuned for more informative episode previews only on TechRadar247.com. 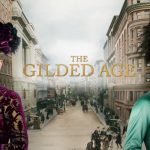