It seems like the team will finally have the opportunity to apprehend the lear of a criminal organization in Chicago PD Season 9 Episode 16. A man shot outside the Carabo Bakery will give the team an opening to go after the bakery owner, who happens to be a criminal. Anna will try to get some solid evidence while working undercover at the bakery. So, keep reading ahead to learn all you need to know about episode 16.

The sixteenth episode of Chicago PD Season 9 is titled “Closer.” A met gets shot in public outside the Carabo Bakery. The team will work towards connecting the shooting to the bakery owner Javier Escano. The team had been surveilling Escano for a while as he happens to be the leader of a criminal enterprise. Voight will instruct Anna to get closer to the owner despite the increasing danger in episode 16.

The previous episode began with Kim and Adams searching for Makayla in the apartment. they panicked after finding the babysitter Gabby bleeding on the floor after being shot. Kim found a syringe in her daughter’s room. She told Adam that Makayla had been drugged and kidnapped. Unfortunately, Gabby could not make it while the duo called for backup. They saw the two men entering the building in CCTV footage. The neighbors also described what the kidnappers looked like.

Further, in Chicago PD Season 9 Episode 15, Voight, Hailey, Jay, Trudy, and others rushed into Kim’s place. Voight found some evidence and ordered everyone to keep it a secret and investigate silently. The team picked up Theo and questioned him about Makayla’s whereabouts. He was seen waiting out of Makayla’s school for 30 minutes after he lost her custody.

Adam almost lost his cool and hit Theo when Voight and Jay intervened. It tuned out that he received a text and call from the kidnappers demanding a ransom. Voight convinced him to tell them the kidnappers’ demands. Theo also showed a video that the kidnappers sent as proof of life.

The investigation into the kidnappers led the officers to a man named Tariq and his girlfriend Nia, who were in prison. Nia hired the two kidnappers to abduct Makayla. She did it so Tariq could pay off some debts with the ransom and save himself. Voight asked Theo to work together to get Makayla back as the kidnappers only wanted money.

During the money delivery, the team surveilled the whole area to find any signs of the kidnappers. A tall man arrives as Adam lost his cool and began following him. Eventually, Adam was forced to shoot the guy in defense and Kim got furious with him. The team managed to locate the van’s last position and rescued Makayla safely in Chicago PD Season 9 Episode 15.

NBC will air Chicago PD Season 9 Episode 16 on March 16, 2022. The network broadcasts a new episode weekly on Wednesdays at 10:00 p.m. ET. And each episode of season 9 will have around 45 minutes of estimated runtime.

If you miss NBC’s broadcast, you can stream the latest episode on the network’s website and the NBC app. Moreover, the current season is available to stream on Hulu+Live, Fubo TV, Peacock TV, Sling TV, Hulu, YouTube TV, USA, Network, And DirecTV. So, don’t miss out on episode 16 and keep coming back for more thrilling episode previews only on TechRadar247.com. 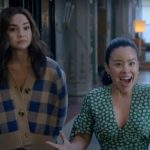