Netflix and appealing teen dramas are a love story as old as the streaming giant itself. Time and time again, Netflix has greeted fans with compelling young adult drama stories, and the latest addition to the roaster is the thriller series Kitz. The series created by Vitus Reinbold, and Niko Schulz-Dornburg revolves around a young girl named Lisi. She is on a quest to learn the truth about her brother’s death and punish those responsible for it. Ever since the first season premiered in December 2021, fans have been wondering when will Kitz Season 2 arrive? Let us dig in to know all about it-

What To Expect From Kitz Season 2?

In the first season of the series, we see that Vanessa was held guilty by Lisi for her brother Joseph’s death. Vanessa and her family had a cabin in the refurbished part of the city, where they used to go to spend vacations. While going to Vanessa’s home, Joseph’s class fell from the cliff. Meanwhile, Lisi was plotting to make Vanessa’s life a living hell.

To do so, Lisi tried to infiltrate Vanessa’s inner circle so that she could learn the entire truth. Regardless, the tragic death of Vanessa devastating death brought an end to her secret investigation. Later on, Kosh was arrested by the cops as he was trying to cover Lisi’s secret. Meanwhile, Lisi’s bond with Dominik was getting stronger when she learned that he might have had a part to play in her brother’s death.

Now, upon its return with Kitz Season 2, the show will continue the story after credits rolled with a cliffhanger in the first season finale. One of the most burning questions that fans have been wondering is what’s next for Kosh. With the promise of a house with Hans, he seems to have gotten clean. However, the conviction may further ruin him.

Despite the fact that Kosh’s hotel money may be enough to free him, he may once again turn to drink to cope with the circumstance. We’ll also look into whether Dominik was actively involved in delivering the messages to Joseph that led to his death. The concluding scene of the first season hints that the mystery has only worsened since Vanessa’s death. As a result, there is still much to be worked out in Kitz Season 2.

The first season of the teen drama series Kitz was released on Netflix on December 31, 2021. And there has not been any confirmation about its renewal for Kitz Season 2 till now. We know that the first season has garnered a massive viewership among its targetted young adult segment. On the other hand, the critical response also has been fairly well towards the show. Thus, we may expect the streaming giant to go ahead and give the second season greenlight. However, we will have to wait till it is officially is confirmed.

The cast roaster of Kitz features Sofie Eifertinger as Lisi Madlmeyer, Bless Amanda playing Dominik Reid, Felix Mayr appearing as Joseph Madlmeyer, and Zoran Pingel as Kosh Ziervogel. Meanwhile, other cast members in the show are Ben Felipe as Hans Gassner, Souhaila Amade as Antonia, Florence Kasumba playing Regine Forsell, Steffen Wink in the role of Ferdinand von Höhenfeld. Also, the series stars Valerie Huber as Baroness Vanessa von Höhenfeldt in flashback scenes. When the show comes back with Kitz Season 2, most of the main star cast is expected to return in their roles.

‘Kitz,’ however, is not inspired by a factual story. The show makes no claim to being based on a true story. However, the story’s dark investigation of the human brain is abundantly and suggestively lovely at first glance. The story is totally made up by Vitus Reinbold and Niko Schulz-Dornburg. Reinbold’s debut series as a writer, while Schulz-credits Dornburg’s include the TV show ‘Just Push Abuba’ and an episode of ‘Biohackers.’ The story incorporates a lot of common clichés to appeal to the public, but it is brave enough to go against them. However, the series draws some influence from a variety of real-life emotions and situations.

Also Read Hinterland Season 4: Will BBC Revive The Welsh Series For Another Season? What Are The Chances? 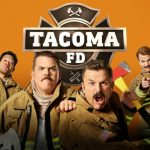 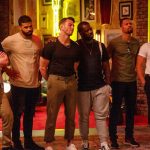