A Million Little Things Season 4 Episode 13 is around the corner. In the upcoming episode, things will become a little bit tenser in Maggie’s life. Her boss won’t appear on board with her despite having a successful show. Meanwhile, Danny will confront something to Gary, and he will give him some advice at the end of their conversation. Will this advice help him? Meantime, Eddie will deal with some problems regarding his relationship with Anna. Will he ever overcome his fears? Let’s see!

A Million Little Things Season 4 Episode 13 Preview: What Will Happen Next?

A Million Little Things Season 4 Episode 13, titled “Fresh Start,” is written by Elizabeth Laime and Lucile Masson. It will deal with the aftermath of the previous episode. After learning Javier’s story, Danny told his classmates that he was gay. But things won’t end here. Now is the biggest turning point aligned in his path. He will visit Gary to have a pep-talk which will reveal some truth. He tells Gary that he has no clue what to do with Milo as nothing has been moving the way he imagined. To which, Gary tells him he should dump him for good and focus more on himself.

Meanwhile, Rome visits his old prep school that reopened his old wounds. Eddie and Anna decide to spend their night together. Their relationship has been blossoming and might go to the next level. Now that the couple has decided to move to another level, Eddie will appear a bit stressed. Well, his injury is the main problem that makes him step back. Will he share all his worries with Anna? However, he won’t be alone in this as Katherine will help Eddie in his relationship with Anna. On the other side, Maggie’s radio show will reach great heights, but her superiors won’t be on board with her.

In A Million Little Things Season 4 Episode 13, Maggie will open up some of her secrets in her radio show. However, they never imagined that her show would reach great heights. Everyone loves this pure and not-so-fancy talk. But it seems like her bosses aren’t on board with her. In the promo video, Maggie’s boss tells her that she should reconsider her decision. She shouldn’t have allowed Maggie to discuss about the baby. Further, they will have a little heated conversation that will leave Maggie to reconsider her decision.

In A Million Little Things Season 4 Episode 12, titled “Little White Lies,” Katherine shaves a portion of her head to look badass. Meanwhile, Gary’s father, Javier, appears for a visit. Gary was happy to see him, but he was a little wary as he told everyone the stuff he shouldn’t say. Gary seems a bit worried as Danny appears in the middle of the chaos, wondering whether he wants to come out at school. Further, he doesn’t want Javier to interrupt this. Meanwhile, he bonds with Gary’s friends. Danny shows him a list that he prepared. Later, Javier asks Danny if he is gay.

It caught Gary off guard, and he started protecting his friend. But later, Javier shows a picture of his former war buddy and reveals that he was gay too. But nobody knew that until he died. He was carrying a picture of a man with him, which Javier snatched from his dead body before it was sent to his parents. But he thinks he did wrong and he shouldn’t do this. Later, Javier tells Gary’s friend that he shouldn’t be ashamed of being gay. Later Danny tells his classmates that he is gay, and the rest of his classmates responded this by making their Zoom backgrounds rainbow.

A Million Little Things Season 4 Episode 13: When Will It Return?

A Million Little Things Season 4 Episode 13, titled “Fresh Start,” is soon to return on your screens. It will air on Wednesday, March 23, 2022, at 10/9c only on ABC. The all-new episodes will follow a weekly release schedule airing every Wednesday night. You can also live-stream A Million Little Things Season 4 Episode 13 on SlingTV, Fubo TV, DirecTV, and YouTube TV. Online subscribers can stream the show on Hulu. So don’t miss it and stay tuned. 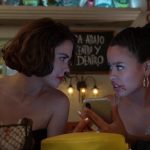