It seems like Picard and his team will finally locate the Watcher in Star Trek Picard Season 2 Episode 4. They will finally confront the watcher about the disturbances that led Picard to an alternate timeline. Moreover, they will have to find a way back to their timeline. So, keep reading ahead to learn all you need to know about the fourth episode.

The fourth episode of Star Trek Picard Season 2 is titled “Watcher.” After finding the Watcher’s exact location, Picard and his crew will go after him. They will try to find out about the disturbance caused by Q that resulted in the creation of a new timeline. However, they might have to deal with another obstacle before they actually get the answers they need to bring everything back to normal and stop the Confederation’s formation.

In the previous episode, while Seven distracted the Magistrate, Picard and his crew managed to kill him and his officers. Soon after the ship was under attack. The Queen used the opportunity to connect herself with the ship’s computers. She destroyed all the ships chasing them. After which, the Queen slingshot the ship around the sun, opening a wormhole to Los Angeles 2024.

Further, in Star Trek Picard Season 2 Episode 3, Picard and his team went to find the Watcher, who knew what Q had changed, resulting in the creation of a new timeline. Unfortunately, the ship crashed and the Queen diverted all the power of the ship to sustain herself. With no power in the medical bay, Elnor could not survive due to his critical injuries. Raffi was furious and blamed Picard for everything. Soon after, they left with Seven and Rios to find the Watcher. Rios’ transporter had a malfunction and he ended up getting knocked out. He woke up in a clinic that treated undocumented immigrants secretly.

Rios was about to leave when the immigration officials raided the clinic. They arrested Rios and the physician, Teresa. Agnes ignored Picard’s warnings and connected herself to the Queen’s mind and found the Watcher’s exact location. The Queen was impressed by Agnes before getting assimilated in Star Trek Picard Season 2 Episode 3.

Paramount+ will release Star Trek Picard Season 2 Episode 4 on March 24, 2022. The streaming platform drops a new episode weekly on Thursdays at 3:00 a.m. ET. In addition, season 2 is expected to have ten episodes in total. So, don’t forget to watch the fourth episode and keep coming back for more thrilling episode previews only on TechRadar247.com. 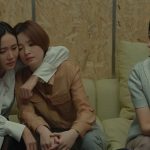