The fifth episode of Killing Eve season 4 is titled “Don’t get Attached.” The upcoming episode will reveal Carolyn’s associations with the Twelve. We will out get to explore Carolyn’s relationship with lars and her dreadful past that only Constantin knows about. Eve will find out that Carolyn was Lars’ British girlfriend. She will retaliate against Helene after she bailed Villanelle out of prison. Moreover, Villanelle will meet with Konstantin in Margate.

In the previous episode, Helen bailed Villanelle out of prison. She told Villanelle that it was impossible to leave the Twelve and sent her on a mission to Cuba. Villanelle kidnapped Carolyn in Havana. She traveled there to interrogate Rusrem, a member of the Twelve. Rustem survived an assassination attempt that had been ordered by Helen.

Moreover, Eve confronted Helene who confirmed that lars was Villanelle’s target. She challenged Eve to find him before she did. Eve went to Paris to follow up on a lead when Helen invited Eve to her apartment. She broke the news to Eve that Villanelle was out of prison. Eve kissed Helene and left her apartment in Killing Eve Season 4 Episode 4.

If you miss BBC’s broadcast, you can stream the latest episode on BBC iPlayer. In addition, season 4 is available to stream on AMC+, Sling TV, and Amazon Prime Video. So, don’t forget to watch the fifth episode and keep returning for more thrilling episode previews only on TechRadar247.com. 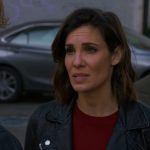 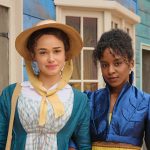