It looks like Severide and Stella will work with the CPD in Chicago Fire Season 10 Episode 17. They will help the police investigate a suspicious car wreck. Moreover, Hawkins and violet will find their relationship in trouble. The duo will deal with an official complaint, resulting in them falling apart. So, keep reading to know all the details about episode 17.

The seventeenth episode of Chicago Fire Season 10 is titled “Keep You Safe.” Severide and Stella will team up with the CPD to investigate a suspicious car wreck. Moreover, Hawkins and Violet’s relationship will be in trouble after an official complaint is filed against him. Violet thinks that Gallo was the one who complained. So, she will confront him in the upcoming episode.

Further, Hawkins will tell Violet that it would be best for them to spend some time apart until things settle down. Meanwhile, Chloe and Joe will try to adjust to their new family in Chicago Fire Season 10 Episode 17. They adopted a boy named Javi previously, who is a part of their family now.

Previously, the fire team responded to an apartment fire where three boys were stuck inside. Joe caught one of the boys who fell after hanging outside the window for a while. Gallo and Mason broke inside the burning house to look for the other kids. Mason quickly spotted the two boys who hid from the fire. Luckily, the duo rescued the boys safely. Violet checked up on Gallo at the station. Chief Hawkins noticed that Gallo left after behaving awkwardly. Violet revealed to Hawkins that she and Gallo dated in the past. Hawkins felt that Gallo still had feelings for her.

Further, Joe went to the hospital to check up on the boy he caught during the house fire. His name was Javi, and Joe helped the fire investigator communicate with the boy who did not know English. Joe was unsure about sending Javi back to the church. He asked Cassidy about the adoption process and talked to his wife Chloe about the matter. Eventually, Javi came to Joe’s house to live with them. Severide offered a spare office to Wendy to work on old cases. Stella felt a bit awkward about the move.

Elsewhere, the team planned a park on Mason as per the firehouse tradition. Stella told everyone that mason might not like it. However, she felt bad when Mason was all excited about the prank. She decided to pull off a prank at the last minute with Wendy. However, it did not work out, and Stella apologized to everyone for ruining it.

Joe and Chloe were a little nervous at first about their decision. However, they felt better after seeing Javi singing a lullaby to their baby. Gallo discovered that Violet and Sylvie’s truck was preferred at the repair workshop on Hawkins’ recommendation. He also found out that Hawkins and Violet were having an affair. Hawkins got a call from his superior at the end of Chicago Fire Season 10 Episode 16.

The show is returning after a two-week delay. Now, NBC will broadcast Chicago Fire Season 10 Episode 17 on April 6, 2022. The network will continue airing a new episode weekly on Wednesdays at 9:00 p.m. ET. And each episode of the tenth season will have an estimated runtime of 45 minutes.

If you miss NBC’s broadcast, you can stream the upcoming episode on the network’s website and the NBC app. Moreover, season 10 is available to stream on Hulu+Live, Hulu, USA Network, Peacock TV, YouTube TV, DirecTV, Sling TV, and Fubo TV. So, don’t forget to watch episode 17 and keep coming back for more thrilling episode previews only on TechRadar247.com. 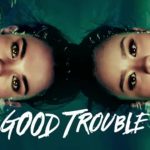