Gamers, Brace yourselves! It’s that time of the year when one of the most popular racing video game franchises, MotoGP, releases its new editions. As we move closer to the launch of Motogp 22, the official trailer of the game is here, and it sure as hell looks exciting. While we wait for the release date for the upcoming MotoGP game, we have brought the released-to-date features and everything else we know about MotoGP 22.

Created by Milestone Games, MotoGP is one of the most prestigious motorcycle racing categories in the modern period. Milestone has established itself as the go-to studio for all things related to motorcycles. Milestone’s MotoGP games and other tough series, such as its acclaimed RIDE games, have been growing in popularity.

As an official companion to this year’s championship, MotoGP 22 follows the same format as the other MotoGP games from Milestone. Players will be able to compete against teams from this year’s MotoGP and junior competitions. All official circuits are included, as well as a thorough career option for long-term play.

More Realistic Than Ever Before!

The upcoming MotoGP 22 is claimed to be much more realistic than any games launched previously in the franchise. The upcoming edition of Mototgp will be enhanced with new facial animations, improved 3D characters, and pits. Players can use the Ride Height Device to alter the suspension’s compression and manually manage the RHD’s locking mechanism. The rideability of the tracks has also been improved, and the suspension system is more responsive while riding over curbs.

The addition of The (NINE) Season 2009 to Motogp is surely one of the most talked-about features of the upcoming video game. With this innovation, for the first time, the game will now offer the players an incredible chance to replay the Motogp history of the 2009 season and relive the glory. The new mode will feature over 50 minutes of original footage for the MotoGP 2009 season narrated by none other than one of the best MotoGP documentary directors, Mark Neale.

But that’s not all. The game will also let the players actively take part in a virtual version of Moto Gp 2009 season history. The players will be required to complete special challenges in accordance with the real events of the 2009 season. While playing in 2009 mode, the players will be able to choose some of the most legendary riders in Moto Gp history, such as Rossi, Pedrosa, and Lorenzo.

There were mixed reactions from the fans when the creators removed the famous offline split-screen feature after Motogp 17. However, after almost five years, the features are not only coming back. In fact, there’s a new addition to it. Monster Energy Supercross 5, a motocross game produced by the same studio, Milestone, has a similar function.

In 2-player local split-screen mode, players will be able to challenge pals on the sofa. If fans desire to compete against one another online, cross-play races between similar consoles are available. This functionality, however, is not available in the Nintendo Switch version of the game.

The last edition of Motogp, titled Motogp 21, was released on April 22, 2021. Since then, the caring game junkies have been excited for the launch of the next game in the franchise, Motogp 22. We know the franchise releases new editions of their games in the summer between April to June. The release of the upcoming MotoGP 22 will also keep up with the trend as it is slated to arrive almost exactly one year after Motogp 21. Motogp 22 will be launched for Ps4 on April 21, 2022. 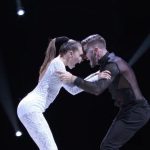 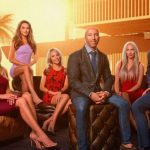