Unfortunately, the upcoming episode of Station 19 Season 5 has been delayed for a few weeks and will return next month. But when the show returns, Andy will find herself in front of a court judge after being arrested in Station 19 Season 5 Episode 16. She will be charged with first-degree manslaughter. Moreover, the whole media will portray Andy as a killer. So, she will need some solid evidence to prove her innocence in the upcoming episode. So, keep reading to know all the details about episode 16.

Andy will be charged with manslaughter in the first degree. She will plead non-guilty, and her bail will be set at $100,000. The whole media will portray her as a culprit after the shocking death of Jeremy, who tried to assault her. Andy’s mother will find out about the incident and show up at the Station. She will finally meet Andy and comfort her after the incident. Further, Andy would get uncomfortable when she sees her mother after a long time in Station 19 Season 5 Episode 16. The network is yet to reveal the title of the upcoming episode.

Maya, Sullivan, and Vic found Jeremy unconscious in the previous episode. They tried CPR on him, but he barely had any pulse. Beckett suggested they hand over the case to the cops. However, the trio disobeyed Beckett’s orders and took Jeremy to Grey Sloan. Teddy Alterman took over the case, but he could not save Jeremy’s life.

Further, in Station 19 Season 5 Episode 15, the cops took Andy’s statement. They asked her a lot of questions and implied that Andy’s memories were hazy. Ben suggested the cops collect a rape kit to hold the perpetrator accountable. Ben insisted on collecting a sample, and the cops did. Moreover, Andy had a flashback to when she was attacked as a young girl. Her mother told her to fight back, and a firefighter taught her self-defense. In another flashback, her mother argued over the phone with Pruitt. He was not happy that she was teaching Andy self-defense. Her mother responded life isn’t fair, and Andy continued to train.

Andy Gets Arrested After Jeremy’s Death

Meanwhile, Carina arrived at Station 19 and talked to Jack about Andy’s situation. Taryn Helm helped her collect the evidence. Andy admitted to flirting with Jeremy. Carina was proud of Andy for fighting. However, they were not aware that Jeremy was dead. Travis told Theo about the events of dinner at Emmett’s house. They got a call and found out about the situation with Andy. Theo and Travis showed up drunk and made Andy laugh a little.

Elsewhere, two detectives showed up at Station 19 after Jeremy’s death. Andy’s was devastated by the news. The officers tried to question her without a lawyer. Luckily, Beckett pulled her out and asked the two detectives to leave. Andy’s team stayed with her while she cried and had a flashback of the whole incident. Sullivan assured Andy that she did nothing wrong. Beckett and Sulivan continued to have differences. Moreover, Jack told Carina and may that she would happy to be their baby’s donor. Andy was arrested by the homicide detectives at the end of Station 19 Season 5 Episode 15.

Unfortunately, the show has undergone a three weeks delay. Now, ABC will broadcast Station 19 Season 5 Episode 16 on May 5, 2022. The network will continue airing a new episode weekly on Thursdays at 8:00 p.m. ET. And the current season is expected to feature 19 episodes in total.

If you miss ABC’s broadcast, you can stream the latest episode on the network’s website and the ABC app. Moreover, season 5 is available to stream on Vudu, Hulu+Live, Spectrum, iTunes, DirecTV, Fubo TV, Xfinity, and YouTube TV. So, don’t miss out on episode 16 and keep returning for more thrilling episode previews only on TechRadar247.com. 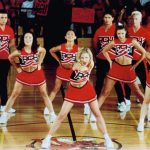