It looks like Anthony and Baez will help Erin deal with a stalker in Blue Bloods Season 12 Episode 19. The man has been released from prison after 12-years, and he might blame Erin for it. Unfortunately, the upcoming episode has been delayed for two weeks and will return later this month. Moreover, Frank will deal with a number of family problems while Henry gets a troubling medical diagnosis. So, keep reading to know all the details about episode 19.

The upcoming episode of Blue Bloods Season 12 is titled “Tangled Up in Blue.” Erin will be stalked by a man who was recently released from jail after serving a 12-year sentence. She will ask for Danny and Anthony’s help to investigate the role of her office in the stalker’s sentence.

Meanwhile, Jamie will get in trouble after he gets caught driving under the influence of drugs. He accidentally consumes drugs at a party, leaving his job in jeopardy. Frank will be forced to pay attention to several family issues while dealing with Henry’s troubling medical diagnosis in Blue Bloods Season 12 Episode 19.

In the previous episode, Danny and Baez tried to find a kid named Jimmy who went missing from the streets. Her mother received a text the night before his disappearance to be on guard. The detectives discovered that the text was from Jimmy’s biological father. He was adopted by a loving family. A few years ago, the adoptive father passed away while the adoptive mother took care of her.

Further, in Blue Bloods Season 12 Episode 18, Danny and Baez questioned his real mother, who revealed that Jimmy’s real father, Tommy, was recently released from prison. Due to drug charges, he was in jail, and Jimmy’s real mother had gotten his custody. However, she signed him up for adoption so he could live in a better family. She sent the text to warn his adoptive mother. The detectives questioned the father when he went to see his parole officer. The officer spoke highly of him, and he had a strong alibi. Eventually, the boy was found with Tommy after he took Jimmy to meet with his grandfather.

Elsewhere, Jamie saw a sergeant assaulting a fellow police officer. He wanted to report the incident, but Eddie talked him out of it. She reminded him they did not have any friends due to the same reason. Jamie teamed up with the sergeant and the officer. He urged them to work together, and everything became normal.

Moreover, a Marine veteran who became a local celebrity after saving a woman’s life approached Frank. He asked Frank to consider the age limit to be an NYPD cop. However, Frank decided not to change the rules for anyone in Blue Bloods Season 12 Episode 18.

Unfortunately, the upcoming episode has been delayed for two weeks. Now, CBS will air Blue Bloods Season 12 Episode 19 on April 29, 2022. The network will continue airing a new episode weekly on Fridays at 10:00 p.m. ET. And each episode of season 12 will have around 45 minutes of estimated runtime.

If you miss CBS’s broadcast, you can stream the latest episode on the network’s website and Paramount+. Moreover, the current season is available to stream on Xfinity, Sling TV, DirecTV, Amazon Prime Video, iTunes, Microsoft Store, and Hulu+Live. So, don’t miss out on episode 19, and stay tuned for more thrilling episode previews only on TechRadar247.com. 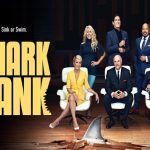 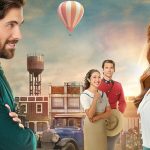