It seems like the Lagina Brothers will take a trip to Portugal in order to gather some more details about the Knights Templar in The Curse Of Oak Island Season 9 Episode 23. Not just that, they will come up with some undeniable connections between Templar and Oak Island. Moreover, the team will continue digging around the fifth shaft in the Money Pit area. So, keep reading ahead to learn all the essential updates about episode 23.

The Curse Of Oak Island Season 9 Episode 23 Precap: What Will Happen?

The upcoming episode of The Curse Of Oak Island Season 9 is titled “Follow The Cobblestone Road.” The Laginas will go on an expedition to Portugal. They will discover some undeniable evidence of Oak Island’s connection with the Knights Templar. The team will continue diffing around the fifth shaft in the Money Pit area. Moreover, Rick and Marty will explore the stone pathway, which could lead them to some new mysterious discoveries in The Curse Of Oak Island Season 9 Episode 23.

In the previous episode, the team reached 150-feet while drilling at the fourth shaft named DMT2. The Chappel Vault was believed to be at 153-feet. As the team dug the final three feet, they found some old ax-cut wooden pieces. The crew also found some clay, which William Chappel’s team also found in 1932 before reaching the vault. The team was prepared to finally hit the vault. But unfortunately, the drill struck the bedrock, and all hopes of finding were over in The Curse Of Oak Island Season 9 Episode 22.

After a disappointment in the fourth shaft, Rick Lagina had another surprise for everyone. The drilling progressed quicker, and the guys still had a few weeks left on the island before the end of the season. Hence, the Laginas decided to give another shot at finding the vault by digging the fifth shaft. The new dig location was set one foot north of the C1 shaft and almost above the B4 borehole.

Further, the new shaft was named B4C by Scott Barlow. The particular area of the Money Pit recorded the highest concentration of gold and silver in the groundwater from Dr. Spooner’s tests. Earlier, the team discovered metal with gold fragments and some wood dating back to the fifteenth century. The fifth shaft could be the final shot for the Laginas, and the crew will give their everything to find the Chappel’s vault in The Curse Of Oak Island Season 9 Episode 22.

History TV will air The Curse Of Oak Island Season 9 Episode 23 on April 19, 2022. The network broadcasts a new episode weekly on Sundays at 9:00 p.m. ET. And each episode of the ninth season will have around 45 minutes of estimated runtime.

Where To Stream Episode 23 Online?

If you miss History TV’s broadcast, you can stream the latest episode on the network’s website. Further, the current season is available to stream on DirecTV, Sling TV, Fubo TV, and Philo TV. So, don’t miss out on episode 23 and keep returning for more thrilling episode previews only on TechRadar247.com. 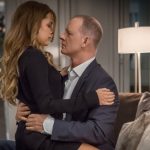