A Teacher is high school drama series that premiered on FX on Hulu in late 2020. The drama series created by Hannah Fidell is a TV adaptation of her 2013 film of the same name. The shows revolve around Claire, a young high school teacher who gets involved with one of her students named Eric Walker.

The show brilliantly highlights the complications and repercussions of a predatory relationship between a teacher and a student. Meanwhile, the show received critical acclaim for its masterful execution of the subject matter and its characters’ emotional depth. After what could be described as a somewhat open ending in the first season, fans are now wondering, will there be A Teacher Season 2? If you are also pondering on the same question, let us find the answer below-

Is ‘A Teacher’ Season 2 Coming To Hulu?

The first season of ‘A Teacher’ started premiering on Hulu on November 10, 2020, and finished its run on December 29. The series is based on a 2013 film of the same name by director Hannah Fidell. And was intended to be a miniseries with just one season. However, the overwhelming response the show received on Hulu has got us thinking. Is there a possibility for A Teacher Season 2?

As of now, there has been no announcement from the creators about whether the series will continue for further seasons or not. Although, based on the fact that the audience loved the show, the second season seems like a possibility. However, the series lead Claire Wilson Kate Mara thinks differently.

The 38-year-old actress, who also served as an executive producer for the show, said the limited series would not return for further seasons. Kate thinks the show has reached its natural ending. Further, Mara said that even though she would love A Teacher Season. However, the creators planned the show to be a miniseries.

The first season of A Teacher has a different ending than the movie. The first season ended with a 10-year leap forward in time when the lead characters again cross paths. Eric confronts Claire for abusing him in the past and how it has affected him. And he repudiates Claire’s selfish and namesake apology.

Is A Teacher Based On True Story?

A Teacher is a story of an abusive and predatory relationship between a high school student Eric and his teacher Claire. The show’s brilliant storytelling has caught the eyes of the audience. However, the show’s incredibly realistic and relatable premise has kept many fans wandering is A Teacher based on a real story. So, we took a look around to find out whether that’s the case. And here is what we found.

However, according to Entertainment Weekly’s report, A Teacher is not a real story but a fictionalized version of a very real issue. The series is based on Hannah Fidell’s short film of the same name. There are several real-life cases that have inspired the show. However, it is not based on any specific real-life incident. According to the news site, the leading actress Kate Mara stated that several similar events have occurred in real life. And we can easily find them in the news all around. 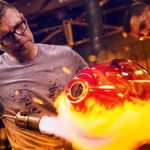 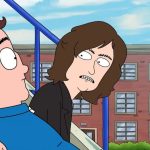