It looks like Strand and Howard would be surprised by Charlie’s visit to the Tower in Fear The Walking Dead Season 7 Episode 10. Howard will task a new trainee to keep an eye on Charlie and find the real reason behind her visit. Moreover, Alicia will gather forces to attack Strand’s Towers in the upcoming episode. So, keep reading to know all the updates about episode 10.

Fear The Walking Dead Season 7 Episode 10 Precap: What Will Happen?

The tenth episode of Fear The Walking Dead Season 7 is titled “Mourning Cloak.” Charlie will make an unexpected visit to Strand’s tower. Howard will recruit a young trainee ranger to find out the reason behind Chellie’s visit.

The trainee will accompany Charlie on a journey outside the Tower, ultimately revealing Charlie’s new motive in Fear The Walking Dead Season 7 Episode 10. It looks like Charlie has been exposed to radiation like the rangers, and she is dying. Moreover, Alicia will prepare her troops for a planned attack against Strand to take control of the Tower.

In the previous episode, a deaf musician named Paul found an unconscious Alicia and took her to his home. After leaving the bunker, Alicia revealed that her search for PADRE had led to several deaths. She was filled with guilt while Arno blamed her for their losses and came after her for revenge.

Further, in Fear The Walking Dead Season 7 Episode 9, Alicia had a repetitive dream of Basquez telling her to follow him to PADRE. However, Paul suggested that Vasquez was simply a manifestation of Alicia’s subconscious telling her to follow her path. Unfortunately, Arno captured Alicia while she tried to retrieve a replacement stereo for Paul. He tried to feed her to the reanimated people that she had lost. However, Paul saved Alicia, and the duo set a trap for Arno, alluring him to Paul’s house.

Meanwhile, Paul and Alicia used a stereo to attract a herd of walkers to deal with the Stalkers. Most of Arno’s men were killed, while Paul sacrificed his life to let Alicia escape. Alicia returned to Pennsylvania and used the bunker’s transmitter to gather an army to fight against Strand. She promised safety for everyone at Strand’s Tower. Elsewhere, Arno and Safe found a blast carter that was filled with thousands of walkers who threatened everyone’s life if they escaped. Therefore, Arno was determined to take the Tower for the Stalkers in Fear The Walking Dead Season 7 Episode 9.

AMC will air Fear The Walking Dead Season 7 Episode 10 on April 24, 2022. The network broadcasts a new episode weekly on Sundays at 9:00 p.m. ET. Also, each new episode is available a week earlier on AMC+. And season 7 will feature a total of 16 episodes.

Where To Stream Episode 10 Online?

If you miss AMC’s broadcast, you can stream the latest episode on the network’s website and the AMC app. Moreover, the current season is available to stream on YouTube TV, Philo TV, Hulu Live TV, Fubo TV, and DirecTV. So, don’t forget to watch the tenth episode and keep returning for more thrilling episode previews only on TechRadar247.com. 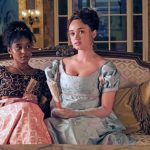 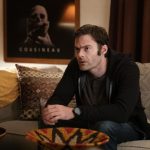