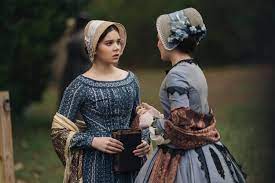 Apple TV’s comedy-drama series about the life of Emily Dickinson has been widely popular among fans. The streaming platform premiered the third season finale of Dickinson on December 24, 2021. Ever since, fans have been curious to find out what the future has in store for Emily, Sue, and other characters. So, let us dive in to know all the details about Dickinson Season 4.

Dickinson is an American periodic comedy-drama series that debuted on Apple Tv+ in November 2019. The show portrays the early days of the famous civil war era poet Emily Dickinson. It combines the elements of documented history with some fictional drama. Created by Alena Smith, Dickinson chronicles the journey of the young poet Emily and her love story with Sue amind changing social and political landscapes. Subjects like feminism, homosexuality, and war are excellently incorporated into the series.

Will There Be Dickinson Season 4?

The third season of Apple Tv+ Dickinson premiered on streaming from November 5 to December 24, 2021. Now talking about Dickinson Season 4, what we know might not be what fans would have hoped. According to reports, the show will not return for Dickinson Season 4 as Apple Tv+ has canceled the series ahead of the fourth season.

Showrunner Alena Smith, during a conversation, stated that “For four years, I developed it [‘Dickinson’], writing the pilot and outlining three seasons before I sold it to Apple in 2017.” I think it’s really wonderful when something can have a beginning, middle, and end and do what it came to do and say when it came to say. And I really feel like we got to do that with ‘Dickinson.’”

In the third season of Dickinson, Emily was trying to find a sense of purpose for her poetry while her country was being devastated by the civil war. Meanwhile, Emily was also dealing with family drama and personal conflicts in her life. Henry was going to the southern part of the country and has left Amherst.

As Edward was in contact with his brother, who was on the side of the Confederates, the people of town started being cold to him. Ithamar Conkey told Edward that he must choose one or the other political side. Meanwhile, Austine asked Sue for divorce, as he wanted to start his own law firm. Also, Sue was feeling backstabbed after learning about Emily’s note to Higginson.

Emily’s mother was worried about her role as a mother and a wife after the family went to a lunatic asylum. After coming across some women in the asylum, Edward appeared to accept the willful side of Emily’s personality. Emily, who took her father’s side over her brother, was eventually deemed welcome. Moreover, Emily’s mother was swamped by her duties in the family. And the war was feeling overwhelmed as she was missing the simple days of her childhood.

Due to her obsession with poetry, Emily sometimes overlooked love, over which she had a debate with Sue. Emily learned that her country thinks she’s lonesome but is a fantastic poet. However, the catastrophe brought Emily and Vinnie closer than ever. Emily also communicated with Death on a regular basis.

Why Does Emily Refuse To Come Out Of Her Room?

In the third season finale, Higginson finally reaches Amherst to see the young poet who has encouraged him during the entire civil war. Emily refuses to go down to meet Higginson despite finishing her white dress with Betty in her room. Emily illustrates the way she has described herself in the letters is not entirely correct accurate. We can see that now, since she is finally confident about her poetry and its pursuit, she does not wish to meet Higginson in person.

The point that Emily eventually declines to see Higginson in the ending indicates that she does not seek his review to feel good about her poetry anymore. In addition, it hints at her preference to avoid people she doesn’t know. Besides, Emily never implied that she desires to meet Higginson personally. It was Higginson who presumed that the poet would also be interested in meeting him in person. If the show returns for Dickinson Season 4, we’ll see what’s next for Emily. 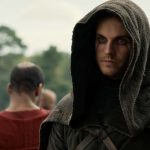 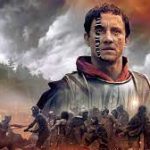