HBO’s The Vow is a true crime documentary series that debuted on the network in 2020. The series created by Emmy award winner Jehane Noujaim and Karim Amer revolves around the dangerous sex cult called NXIVM and the mysterious person who formed it, Keith Raniere. Fans have been blown away by the real stories of what the cult members went through. As HBO has already announced the second season, fans are eagerly waiting for what The Vow Season 2 has to offer.

The Vow, an HBO documentary series, delves into the inner workings of the famed NXIVM organization and its mysterious founder Keith Raniere. The Vow is very different from most other documentaries about true crime or prominent cults. It focuses on humanizing the genuine people engaged in the event. Rather than examining its villain’s horrible crimes and exploiting the misery of his sufferers for lurid thrills.

The series focuses on the plight of his victims. The Vow takes a mild approach to NXIVM. Displaying how ordinary educated, and successful people become entangled in Raniere’s web. The documentary series reflects the widespread popular perception that cult members are fundamentally defective or ignorant.

Will There Be The Vow Season 2?

The first season of HBO True crime docuseries The Vow premiered on August 23, 2020, and the season came to an end on October 18, 2020. Meanwhile, talking about the renewal of the series, there is some good news for the fans as the show has officially been renewed by HBO.

The second season was initially planned to release in 2021, but it suffered delays due to the global outbreak of Covid19. As of now, there are no confirmed updates about the premiere date of The Vow Season 2. But if we have to take a guess, we’d say the second season could arrive in late 2022.

HBO’s The Vow features some of the real-life former members of NXIVM. This includes Sarah Edmondson, Mark Vicente, Anthony Ames, and Bonnie Piesse. The series also features Catherine Oxenberg, a lady who wanted to get her daughter away from the cult’s grasp. The series includes a significant amount of real footage incorporated from Keith Raniere’s prime. This footage also includes most of his partners and members of his inner circle.

If the series returns with The Vow Season 2, most of the real-life cult survivors we saw in the first season might return. Also, we may get some more unseen real-life footage from the Raniere’s cult activities. The season could also feature one-on-one interviews with NXIVM’s top leaders, Keith Raniere and his ally Nancy Salzman.

Salzman is prominently featured in The Vow’s first season, but nothing is known about her past. Edmondson expresses her doubts regarding the co-founder of NXIVM. But she admits that she grew to value what Salzman had to offer. Salzman, according to reports, first met Raniere in 1998. They formed NXIVM the same year. Salzman was a skilled hypnotist and a former mental nurse.

As a result, she has appeared in advertising videos. Salzman also founded the ESP group, which piqued Vicente’s interest. Over the course of 12 years, Edmonson became acquainted with Salzman’s daughter Lauren over the ABC News broadcast. Lauren was the one who sought nude images as security for a “new and exciting opportunity,” according to the report. Edmondson eventually joined a covert squad. 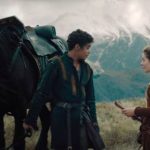