It looks like Barry Season 3 Episode 3 will deal with Barry and his acting skills. He will finally convince Gene to join him. However, it looks like Gene will take some time to forgive Barry. Well, why won’t he, especially when Barry convinced Gene at gunpoint. Meanwhile, Sally will deal with some serious problems, which could lead to more damage in the upcoming episode. Will she deal with it? Keep reading to know more.

Barry Season 3 Episode 3 Preview: What Will Happen Next?

Barry Season 3 Episode 3, entitled “Ben Mendelsohn,” is directed by Alec Berg while Emma Barrie wrote it. It seems Barry will finally get the role for himself and Gene that he wished for. Although Gene escaped from the car. But Barry knew that Gene must be at Leo’s place, so he will rush to see him. He will then ask Gene to cooperate with him if he wants to see Leo and his son alive. So Gene surrenders himself in order to save Leo and his family’s life. Now both will practice for their major roles.

After learning their show is thematically similar to another show, Sally will prepare herself for a first press junket. She will decide to reveal everything so they could save their show. Katie will also support Sally during this process. But is it the right move? Meanwhile, after getting dumped by Cristobal, Hank will reach out to Funches. And there will be some bickering moments. Cristobal will also pitch another trick and tactic to Fernando. Could it help? Let’s wait to see it.

In the previous episode, titled “Iimonada,” Barry asked Sally to cast Gene in her show. He believed that it could help lighten his spirits and apparently help him gain Gene’s forgiveness. However, Sally told him that her bosses wouldn’t allow him. And it led to Barry losing control and shouting at her in the production offices. Later, Barry also booked another audition, but it didn’t work out. Meanwhile, Cristobal’s boss and father-in-law, Fernando, visited him. They planned a raid on the Chechen heroin operation to force Chechens to leave LA, and Cristobal could return with his family to Bolivia.

However, things didn’t work out as Chechens escaped before the raid could happen. And Cristobal broke up with Hank believing their relationship could put Hank in danger. Meanwhile, Lindsay told Sally about a show which was thematically-similar series. So it forced Sally to move the premiere of the show. As for Barry, he finally scored a position in the show and got a part for Gene. But Gene had escaped the trunk of his car. So, Barry went to Leo’s house and threatened him that he might kill Leo and his son if Gene didn’t come out.

Barry Season 3 Episode 3, entitled “Ben Mendelsohn,” will air on HBO on Sunday, May 8, 2022, at 10 pm. The all-new episode follows a weekly release schedule. You can also stream Barry on HBO Max. So stay tuned. TechRadar247 will keep you updated. 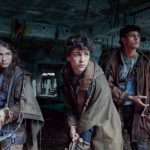 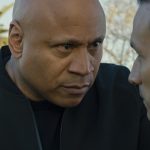